A look at Battle for Wesnoth's current game development strategy

I had my first run-in with the turn-based, Linux strategy game Battle for Wesnoth a few years ago. It was not long after discovering open source software, and I was incredibly impressed that a small group of developers could create such an excellent game for free. Discovering this along with Linux and the numerous GNU packages is what really piqued my interest in the world of open source.

Recently, I visited the Battle for Wesnoth's homepage and discovered they are need of fresh blood to keep the project rolling. Because I'm not skilled enough to contribute code, I decided to reach out to the developers, get their stories, and help spread the word about this fantastic project.

I'm Ignacio R. Morelle, and I first heard of The Battle for Wesnoth back in 2005 as one of several open source software (OSS) games commonly shipped with major Linux distributions, but I did not actually start interacting with the community until late 2006. When I first tried it—on version 0.9.5—I was impressed by the game's outstanding quality and fun gameplay, as well as the fact that it was one of only a few games available in my native language, Spanish. Soon I started tinkering with its scripting capabilities and began to produce my own add-on content. I eventually felt I needed to give something back to the development team that made this all possible.

Before taking on release management at the start of this year, my work on Wesnoth has primarily consisted of polishing and bug fixes in various user-facing areas such as UI and internationalization, as well as a few parts of the scripting engine.

I'm Charles Dang, and I'm a high school student who discovered The Battle for Wesnoth as part of the 2010 Google Code-in. I've generally always been interested in computers and programming, and Wesnoth served as an introduction to a wider scene of game development and programming in general. I was taken by several of the extremely fun multiplayer add-ons that had been created for the game and promptly began work on my own add-on project. From there, I started assisting the core Wesnoth developers with maintenance, and eventually became a developer myself in late 2013.

When did you first start working on the project, and why?

The Battle for Wesnoth (BFW) began its life sometime in 2003 as David White's solo project, with Francisco Muñoz assisting as the founding artist. Overtime, BFW has steadily grown in size, both in terms of code and manpower. In order to allow David to focus on his own endeavors, the project has changed hands several times throughout its history.

Which programming languages, version control, code hosting, and more do you use?

The game engine and the multiplayer and add-ons server software are all coded in C++. Although part of the game logic is still hard-coded, our powerful scripting engine allows add-on content creators to customize much of the gameplay using our Wesnoth Markup Language (WML) and Lua scripts.

After a long life as a Subversion project, we moved Wesnoth's code and assets to GitHub in early 2013 with the intention of making collaboration with new and existing developers easier.

Why open source it?

When Dave released the first version of Wesnoth in 2003, he knew that making a full-fledged game himself would not be possible. Instead, he decided to lay the groundwork for making it a collaborative effort, and as such opted to release it under an open source license. He chose the GNU General Public License as it was the most popular at the time.

How many people contribute to this project on a daily basis?

We have approximately a dozen volunteer developers and artists contributing to the project at any given time, as well as hundreds of translators from all over the world.

What help do you need, and how does one get involved?

We're always looking for more coders, artists, translators, and testers to help us continue to develop the game, improve the graphics and UI, and make it more accessible to fans on a global scale. Alternatively, a shoutout on social media to spread the word is always welcome.

To get involved, visit our forums.

What to read next
Tags
Gaming
David Carollo 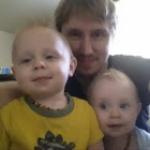