Will your car be controlled by open source software one day? Ericsson Research is taking this question seriously, with the help of the open source Restlet Framework project, where a simple text message can turn on the air conditioning before you walk back to your car.

"We chose Restlet Framework to implement our web API backend as it was the easiest and most lightweight framework to work with," said Kristoffer Gronowsky, a principal at Ericsson Research. "We also feel that the combination of Restlet's mature open technology and its existing Java and API development community will accelerate the creation of our Connected Car and IoT technology communities in the future."

As part of Ericsson's Garage initiative, Gronowsky ran a hackathon to let developers and hackers play with the Connected Car through the REST web API built with Restlet Framework. Using the Swagger UI, developers were able to easily invoke the API and innovate with the various commands supported by the car's onboard computer. 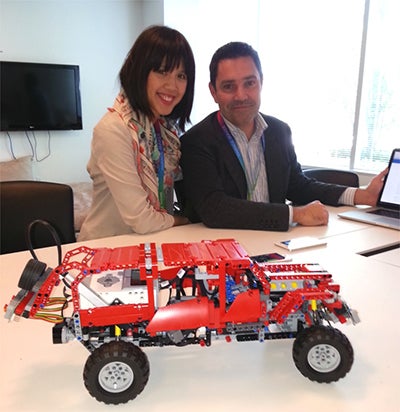 Ericsson Garage was created by Ericsson Research to act as an incubator for innovations in areas adjacent to current research and business. Garage projects develop minimum viable products that could be the foundation for future commercial endeavors. Project members are allowed to move into the Garage facility so they can focus solely on the Garage project. As the Connected Car project with Restlet Framework was not yet publicly deployed, the Garage was a great place to stimulate creativity and innovation to prove concepts. I met with Kristoffer at the Ericsson Garage in Silicon Valley and it was definitely a cool working space for innovation.

What does the end user of the Connected Car see? The driver sends an SMS text message. That's it.

The message is received through IFTTT, a web-based service that allows users to create chains of simple conditional statements to other web services such as Twilio for sending and receiving text messages. IFTTT then triggers a call to a web API backend which is powered by Restlet Framework. The API then connects to the car and relays the commands through an OBD bridge wirelessly using cellular networks. The car can also report back useful information.

A special IFTTT channel was created to let IFTTT interact with the Restlet backend.

Combine that with access to the car's computers through the On-Board Diagnostics (ODB) port and you have a truly connected car. 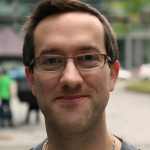 At Restlet, Guillaume Laforge takes care of the Product Leadership around the APISpark API management platform, the Restlet Studio for crafting Web APIs and the Restlet Framework for authoring restful applications. He also leads the Developer Advocacy team, to interact with developers using those projects.
More about me