Diversity in open source highlights from 2015 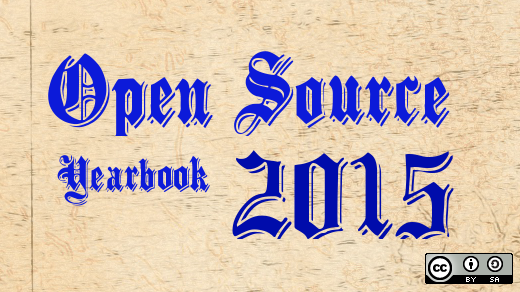 Outreachy, a member project of Software Freedom Conservancy, expanded its internship program to be open to people of color underrepresented in tech in the U.S. The program has been a great success in providing paid remote internships in free and open source organizations for women, trans men, and genderqueer people across the globe.

The expansion was driven by demographic data collected and released by leading U.S. tech companies, which verified a lack of racial and ethnic diversity among employees in technical roles in comparison to U.S. population demographics. Outreachy organizers have observed the same disparity of demographic representation in free and open source communities and conferences, and they hope to create more opportunities for other underrepresented groups in the future.

Grace Hopper Celebration of Women in Computing, the world's largest gathering of women technologists, hosted an Open Source Day. Attendees interested in helping free and open source organizations such, as OpenStack, Mozilla, Cloudera, and OpenHatch, had a chance to contribute. The track included numerous presentations and panels on security, humanitarian efforts, open hardware, infrastructure, and more by women working in free and open source software. The event helped teach beginners about decentralization, software licenses, and the open source philosophy.

The Ada Initiative, which supported women in open technology and culture through unconferences, workshops, and more, announced its shutdown this year. As an effort to preserve and continue the work started by the organization, the Ada Initiative published an AdaCamp toolkit and Imposter Syndrome training under a Creative Commons Attribution ShareAlike license, making them freely available for use by anyone.

Sarah Sharp, open graphics developer at Intel and former Linux Kernel developer, created a step-by-step breakdown of a diverse community. In it she mentions how a good open source community includes a good code of conduct, has ways of handling burnout, values non-technical skills, and has mentorship programs. It's a great place to start when trying to learn about diversity in open source communities.

OpenStack gets a diversity working group

The OpenStack Foundation's board of directors supported a diversity working group. The group will sponsor and create programs to encourage diversity by identifying and removing barriers to joining and contributing to the OpenStack community. The group already started to target gender and geographic diversity and is planning on expanding the OpenStack code of conduct.

Red Hat Women in Open Source Awards celebrate women who are already contributing to open source and shine a light on them as role models for others. The awards have two categories: "community" for professionals and "academic" for students. Red Hat judges reviewed more than 100 community-submitted nominations and selected five finalists in each category. The open source community then voted on the winners. The winners were Sarah Sharp, an open graphics developer at Intel, and Kesha Shah, who contributed to Systers and BRL-CAD through Google Summer of Code. Both Sarah and Kesha have done extensive mentoring in the community. 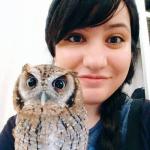 Cindy Pallares enjoys helping contributors get started on open source and making things with open source hardware.
More about me