Valve will be attending the Game Developers Conference (GDC) in early March and bringing a family of new Steam devices with them. Jason Evangelho covers this news on Forbes and tells us Value will showcase a final version of their Steam Controller and the newly announced SteamVR hardware. Developers and publishers interested in trying it out can register here.

In other Steam news, Valve announced last Tuesday there are now 125 million active Steam accounts. To help you think of it, there are an estimated 126 million people in Japan. 121 million in Mexico. Germany "only" has 80 million, and the United Kingdom has 65 million. And only two video game consoles in history have sold more than 125 million units, the PS2 and Nintendo DS.

The state of Linux gaming in the SteamOS era

Kyle Orland looks back quite a few years in his article about the SteamOS era. Linux gaming has slowly been increasing, with the launch of the Humble Indie Bundle around 2010 and the SteamOS beta at the end of 2013. "Valve has already transformed gaming on Linux from practically nothing to definitely something" with nearly 1,000 professional games today. Orland quotes Alen Ladavac, CTO at Croteam: "Valve's SteamOS efforts provided the crucial step of stabilizing the platform enough so that we could actually ship something that we could be sure it would work for enough people." 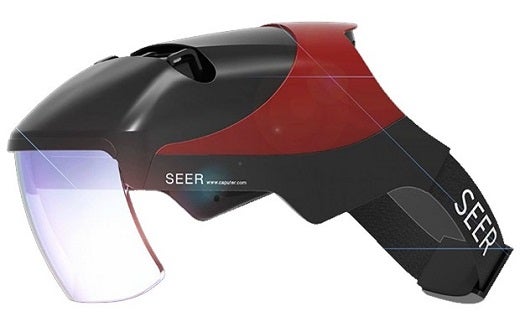 Over at Wareable, Caputer Labs introduces SEER, an augmented reality headset. It's supposed to be the first with a 100° field of view. This headset overlays graphics onto the real world without limiting you to one area. SEER can be used in fields like business, medical, and engineering, to name a few. Also in the entertainment and gaming industries. It can transform into a 2D VR helmet with a bundled light-blocking cover. You can also buy a separate display module and use it with your PC via HDMI for a private gaming display.

It will be interesting to find out if it will work on Linux, but SEER is completely open source, both the software and hardware.

The Book of Unwritten Tales 2

King Arts point and click adventure, The Book of Unwritten Tales 2, is available for Linux.

Legend foretold it. Prophecies predicted it. Chosen ones chose to believe in it. Now the adventure saga continues. A sequel is coming. Join Wilbur, Ivo, Nate and Critter in another classic point-and-click adventure in the wicked world of Aventásia. Help them fulfill their destiny. A destiny as yet unwritten.

More on this story and its features on Steam.

Windward is an action-filled sandbox game that puts you in control of a ship sailing the high seas of a large procedurally-generated world.

Designed from the start to be a fully procedural co-op game, Windward can be played both by yourself and with friends. Start by generating a procedural world that will be unique to you, then sail forward fighting pirates, trading with towns, doing quests or simply exploring -- it's up to you how you want to play.

Check gamingonlinux.com and linuxgamenews.com for more game releases on Linux and Steam.