Hello, open gaming fans! In this week's edition, we take a look at the benefits of developing an open source game engine, a new release that combines three arcade classics, and more!

Two players, each controlling one bar, shoot Pac Man back and forth. The player who gets Pac Man to eat the most pellets wins. During the game, Pac Man can also eat tiny space invaders. For instructions and a download for Linux, check out the Pacapong site.

Why build your own open source game engine?

Is building your own open source game engine worth the effort? Develop's Will Freeman asked game developers from several studios.

Young Horses chose to use an open source rendering engine called Irrlicht and integrated PhysX. Programmer Kevin Geisler said the decision allowed the studio to minimize its upfront costs to $0.

Firedance Games lead developer Sean Lindskog said "... there’s a massive educational value. Also, you aren’t trapped in the 'sandbox' of how another company’s engine is designed to work."

Read the full article to learn why developers build their own engines, why they stitch together open source middleware, and more.

Klei Entertainment announced a May 12 release date for the Linux version of Invisible, Inc. The release will bring an incredible amount of changes, including fully animated 3D cinematics and new agents, augments, game models, and more.

Take control of Invisible's agents in the field and infiltrate the world's most dangerous corporations. Stealth, precision, and teamwork are essential in high-stakes, high-profit missions, where every move may cost an agent their life.

Full Control, the makers of Space Hulk: Ascension, announced a third expansion titled Dark Angels. It will include 20 new story missions and 20 flash missions. With 25 hours of content, it brings incredible features and value to the turn-based strategy game. 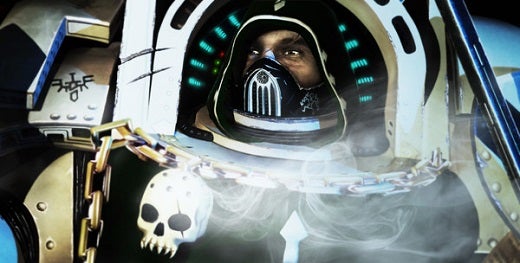 I really loved Mark of the Ninja... this other new game looks awesome.

Tip: this website would definitely get more comments if there was an "Website" section for the commenters (because of Google search engine rankings) or if it would be using a commenting system like Disqus. Also, if I preview the comment, there's no submit or save button available, wtf?!

The website link I mentioned would make the commenter's name clickable, leading to that URL.