Hello, open gaming fans! In this week's edition, we take a look at Arduboy, Lakka for retro games, a Google release, and more!

Arduboy is the size of a business card, just a few millimeters thick. It can be charged with a mini USB and gives 8 hours of play time. It runs 8-bit monochrome games, which are open source, like Alien Attack, Space Invaders, Ardumon, and more. Because the games are open, you will be able to edit and remix them. Tutorials will be available to create your own games on Arduboy. 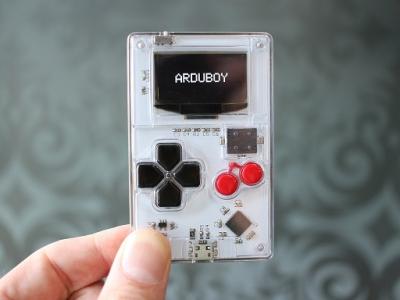 At Softpedia, read about Lakka, a Linux distribution that turns your system into a retro gaming console. Lakka is a lightweight distribution, based on OpenELEC an RetroArch. It runs on: PCs, Raspberry Pi, Hummingboard, and a lot more computer boards. It also support controllers from Playstation 3 and Xbox 360. Lakka emulates NES, Super Nintendo, Gamboy, and more. Downloads are available for all major platorms.

Built on top of the famous RetroArch emulator, Lakka is able to emulate a large range of hardware and has some usefull features such as Braid-like rewinding, joypad hotplug and video streaming.

Google has released an open source game sample called Games in Motion. The purpose of this release is to demonstrate to developers how they can make games using Google Fit and Android Wear. Games in Motion is available on GitHub.

Run, jump and butt-slide into the glorious toy-filled world of Action Henk! Become a master of momentum and defy physics as you race against a band of ragged 90s action figures to once and for all prove that Action Henk is the fastest of them all!

Interplanetary was released on May 12. It's a turn-based strategy game where players play against each other in interplanetary battles. You can build your own home planet and use artillery to wage war.