Hello, open gaming fans! In this week's edition, we take a look at Linux support for CRYENGINE, Alienware Alpha introduces HiveMind, and more.

Crytek has released CRYENGINE version 3.8.1., which adds support for OpenGL and Linux. Not only that, but support was added for Oculus Rift as well. This makes this release interesting for developers looking for a cross platform engine. As Chris Hoffman reports for PCWorld, this is "the latest big game engine to support Linux, following in the footsteps of Valve’s Source engine, Epic’s Unreal Engine 4, and Unity 5."

CRYENGINE is an all-in-one game development solution with scalable computation and benchmark graphics technologies for console, PC and mobile devices.

Dan Ackerman writes for CNET, about Alienware Alpha, who updates its custom gaming PC with an improved interface, called HiveMind. HiveMind is to replace Alpha UI. Built on the Kodi open source home theater software package, it introduces a new start menu, allowing gamers to directly access their games, instead of forcing them into Steam's software.

A public roadmap for Unity Technologies

Unity Technologies, the gaming platform company behind the Unity game engine, introduced a public roadmap at its Unite Europe conference in Amsterdam this week. Unity Technology "is doubling down on improving its software quality, and letting developers know what it has planned for the future with a new public roadmap." As Unity continues to push support for all major platforms, including Linux, it's latest addition is virtual reality headsets, starting with Oculus Rift.

Funcom announces that LEGO Minifigures Online will be available to Linux, as well as, Mac, Windows PC, iOS, and Android on June 29. This launch will include new features and content, cinematics, voice acting, and more. Funcom CEO Rui Casais said "this really is the definitive version of LEGO Minifigures Online and we are very much looking forward to opening the servers for players to experience it."

LEGO Minifigures Online is an online game for LEGO fans of all ages, where players can collect over one hundred Minifigures, each with their own unique personality and abilities, building a team to take on exciting adventures through colorful, classic LEGO worlds.

Valve has added Linux and Mac support for Dota 2 Reborn, one of the most played games on Steam. As you can read on the Dota 2 site, the June 22 update reads "Enabled Linux client." You can find Dota 2 on the Steam store.

Dota is a competitive game of action and strategy, played both professionally and casually by millions of passionate fans worldwide. Players pick from a pool of over a hundred heroes, forming two teams of five players. 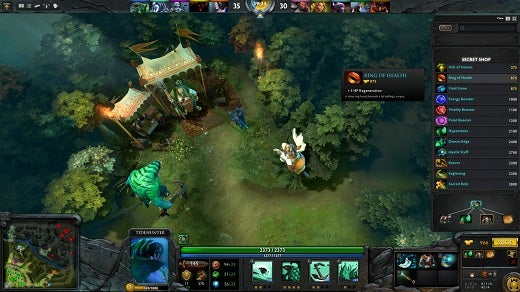