How Black Duck picks its "Open Source Rookies of the Year" 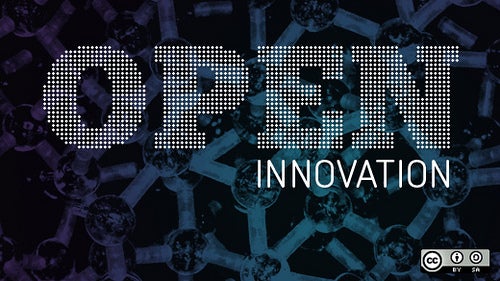 The 8th annual Open Source Rookies of the Year were recently announced from Black Duck. It's a selection process that takes three or four weeks from start to finish to complete. How's it done? We asked Vice President of Product Marketing at Black Duck, Patrick Carey, to give us a look behind the scenes.

What does Black Duck look for when reviewing projects for "Rookie of the Year"? Is it innovative technology? A robust community? A market trend?

Looking at this information gets us down to 50. At this point it starts to get a bit more subjective. We review whatever project documentation we can find to try to understand what the team is trying to achieve. Some projects immediately stand-out and make you think "Wow, that's really cool," while others have the opposite effect and get dropped. It's at this point we take a step back and look for themes among the projects, like this year there's a lot of activity around Docker and DevOps-focused projects.

Who is on the committee that makes the selections? And how do projects make sure they stand out in the selection pool?

The committee is made-up of members of our Product Management and Product Marketing teams with data analysis help from the team that manages our OpenHub.net service.

The first thing a project can do to stand-out is to have a website for the project. If your only web presence is on GitHub, it not only makes our project review harder, it sends a signal that you're not putting effort in to attract users or contributors. It's pretty easy to put together a decent website these days, so if you are serious about having your project take-off, this is a worthwhile investment. Putting together a quick explainer video for you project doesn't hurt either.

Second, since we try to actually speak with the project "founder" or some other knowledgeable representative, it really helps if contact information is available so we can set up an interview.

These are both pretty basic, but can make the difference between being included in the short list or being passed by.

What happens to projects after the announcement?

Docker was named to our list in 2013, and we like to think we help put them on the map but they might have done okay even without a Rookies award. In all seriousness, our goal is to leverage our unique insight, as a company that has amassed over the last decade, a KnowledgeBase of nearly a million and a half projects, to shed light on open source projects that might not otherwise be on the radar of mainstream tech media.

We continue to engage with our Rookies with follow-on blog posts that explore the projects in more depth, and when asked, we can connect journalists directly with the project teams we interviewed. We haven't done a full analysis of all of our previous Rookies winners. That would be an interesting thing to do, though. Maybe for the 10 year anniversary.

We're really excited about the projects in this year's list. Is there another Docker in there? Time will tell. But when you talk to the really smart people behind these projects and say to yourself, "I'd love to work on that," you know you have a group of winners.