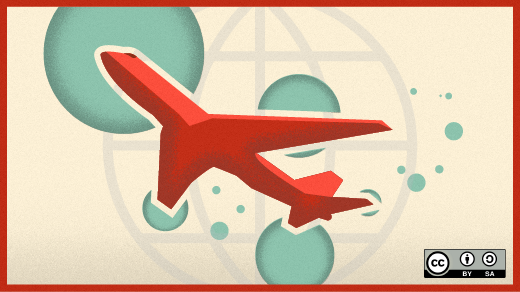 Open source communities were among the first to use the Internet to make the physical distance between people irrelevant. The Internet is a great tool, since it helps us collaborate wherever we are. It doesn't matter if you're having lunch at the Eiffel Tower or waking up in sunny San Francisco, the Internet has helped us connect people on deeper levels.

I am from Peru, and have always lived in Peru. I study in Peru, and the Internet has helped me find valuable information for projects and life in general. However, when I joined the the Linux community, my life changed radically.

One night, I was having problems with my display not working properly. So, I connected to an IRC channel, and someone in Spain helped me solve the problem. After that, I made a decision I will never regret: I went online to answer questions from other Linux users. I did this for some time, focusing on Ubuntu communities, and was eventually asked to present a tutorial to the community. I didn't know much, I thought, but decided to do it anyway. I presented tips and tricks relating to using the browser Firefox. My presentation went pretty well, although I felt nervous. This led me to meet more people in the community, and a couple months later, I was on a flight to San Francisco to my first Ubuntu Developer Summit. It would be the first of many trips I would take.

Joining a Linux community helped me improve several skills, like learning English. My native language is Spanish, so it was complicated at first to learn. Half of my day would be in Spanish, and the other half in English. All of my software ran in English, and it began felt weird to read translations to Spanish. So, getting better with my English made me feel a bit more comfortable when talking to people. I started getting more involved, and went from knowing just a handful of people to knowing more and more, from the USA, Australia, India, the UK, Colombia, Argentina, Uruguay, and other countries. The number of people I've met is unbelievable, and just keeps growing. Yes, timezones suck for working with people around the world, but that is outweighed by the benefits of knowing and working with them.

Doing this as a hobby allows me to work on great projects that I'm interested in. And, if I have a problem with the software, I can fix it myself! I don't have to wait for someone else to hear me. Even better, I learn how to use new tools as I do it. If I get stuck or don't know how to get around a problem, the community is right there to give a hand.

Working with the Ubuntu Local Communities Council, I helped communities around the world and empowered them to advocate during events and more. One of the most difficult things I had to deal with in that project were cultural differences. While some people just thought about the project as overviewing events, we sometimes had to resolve disputes amongst teams or teammates. And then, an important aspect of being part of an online community struck me: We are all people, and we have different points of view, but our understanding of different things and issues can vary depending in our culture. This is not something to be feared, but embraced. It only demonstrates how big the world is, how small the Internet and open source communities can make it, and how diverse our communities are.

Open source communities have the power to connect you with people all around the world through the Internet, and sometimes you will get to meet them in real life. There are several communities that have developer summits and conferences. And, if you are active enough, you will get invited to them. For me, the people who made the software wanted to hear my input, so I was able to travel all across the world to meet and discuss.

By joining an open source community, you are not only contributing to a piece of software, you are joining a network of people all around the world that makes that piece of software possible. You will have to get through several barriers, especially language barriers. But I can tell you it is one of the most rewarding experiences you may have. You will get better in various areas, acquire new skills and uncover new ones, and, best of all, work with an amazing team of people from all around the world, who all have a common objective. Once you join an open source community, you will understand how a group of people working toward the same goal can hurdle all barriers—including distance.

What to read next
José Antonio Rey 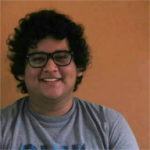 Jose is an Ubuntu community member who has been involved for several years now. Co-author of the Official Ubuntu Book, 8th and 9th editions, former Local Communities Council member and events organizer, mainly of UbuCon Latin America, Jose is a student who dedicates his time on working with the Juju team to get more charms available for you.
More about me