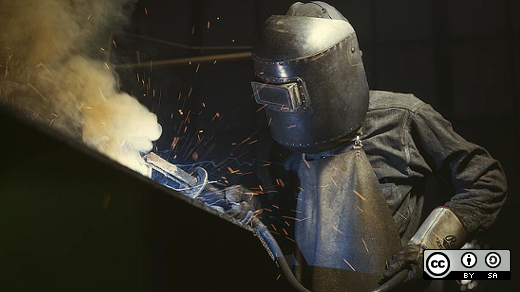 DigitalOcean launched Hacktoberfest in 2014 to encourage contribution to open source projects. The event was a clear success, and in terms of attendance and participation goals reached, it's also clear that Hacktoberfest has become a powerful force in driving contributions to open source. The lure of a t-shirt and specific, time-limited goals help new contributors get started and encourage existing contributors to rededicate themselves and their efforts.

At month's end, 10,227 of the 29,616 registered participants had opened four pull requests in order to complete Hacktoberfest successfully. Although the success rate of 34.5% was down slightly from 2015, the number of participants who completed the event was up dramatically. The number of people who completed Hacktoberfest 2016 was more than two-thirds of last year's total registrant count. Registration was up more 97% from last year, with success up 79%. And 92,569 pull requests were opened, which is an 89% increase. Momentum may be a bit of an understatement.

One interesting number that stood out in the final analysis was the nearly 1:1 ratio of registered participants to contributed projects—29,287 repositories received pull requests from Hacktoberfest 2016 participants. homebrew-cask received the most (310), with home-assistant (265) and manageiq (231) close behind.

Although the basic mechanics of participation did not change for this year, DigitalOcean made a few changes to improve the experience for project maintainers. This year, maintainers were encouraged to create a Hacktoberfest label and apply that to issues where newcomers could make a contribution. GitHub provides site-wide search, so the 15,000-plus labeled issues could be found quickly by people who didn't know which project to start on, but who wanted to make a contribution. Additionally, pull requests marked "Invalid" were not counted toward a participant's total. The net result was to prevent trivial or no-op pull requests from overburdening project maintainers.

Some Hacktoberfest participants have gone on to be project maintainers. "I actually started contributing to open source in a meaningful way because of Hacktoberfest. Homebrew Cask was a convenient tool in my daily usage, and Hacktoberfest provided an extra incentive to contribute back," participant Aditya Dalal told DigitalOcean. "Over time, I continued contributing and ended up as a maintainer, focusing on triaging issues and making the contribution process as simple as possible, which I like to think we have succeeded at."

His participation illustrates the momentum that DigitalOcean has tried to build into the Hacktoberfest events. Forty events were held in 29 cities across 12 countries. For 2016, they created a Hacktoberfest-themed meetup kit to encourage social participation. Although this year got more internal teams involved, for 2017 organizers want to further increase community participation.

Interesting trivia stands out from the 2016 stats. Contributions were spread roughly equally across the days of the week, but Monday had the highest number of pull requests. Monday also happened to be the last day of the month, which meant a flurry of last-minute pull requests as people tried to earn their t-shirt. When the last day's pull requests are removed, Monday becomes the second slowest day. When normalized for the number of times the day occurred in the month, Wednesday was the most active day, with the weekends being the slowest.

Can 2017 continue building on the first three years? We'll find out next October.