How to choose your first programming language 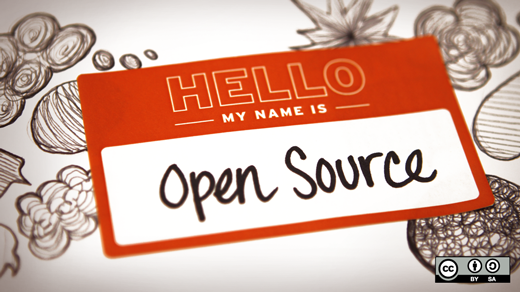 Your reasons for learning to code should inform your choice of a first language.

Where your programs will run is a defining factor in your choice of language.

Desktop applications are the traditional software programs that run on a desktop or laptop computer. For these you'll be writing code that only runs on a single computer at a time. Mobile applications, known as apps, run on portable communications devices using iOS, Android, or other operating systems. Web applications are websites that function like applications.

Web development is often broken into two subcategories, based on the web's client-server architecture:

Programming is a broad discipline and can be used in a variety of fields. Common examples include:

Now that we've looked at why and where you want to  program, let's look at two great languages for beginners.

Python is one of the most popular languages for first-time programmers, and that is not by accident. Python is a general-purpose language. This means it can be used for a wide range of programming tasks. There's almost nothing you can't do with Python. This lets a wide range of beginners make practical use of the language. Additionally, Python has two key design features that make it great for new programmers: a clear, English-like syntax and an emphasis on code readability.

A language's syntax is essentially what you type to make the language perform. This can include words, special characters (like ;, $, %, or {}), white space, or any combination. Python uses English for as much of this as possible, unlike other languages, which often use punctuation or special characters. As a result, Python reads much more like a natural, human language. This helps new programmers focus on solving problems, and they spend less time struggling with the specifics of the language itself.

Combined with that clear syntax is a focus on readability. When writing code, you'll create logical "blocks" of code, sections of code that work together for some related purpose. In many languages, those blocks are marked (or delimited) by special characters. They may be enclosed in {} or some other character. The combination of block-delimiting characters and your ability to write your code in almost any fashion can decrease readability. Let's look at an example.

Here's a small function, called "fun," which takes a number, x as its input. If x equals 0, it runs another function called no_fun (which does something that's no fun). That function takes no input. Otherwise, it runs the function big_fun, using the same input, x.

This function defined in the "C" language could be written like this:

Both are functionally equivalent and both will run. The {} and ; tell us where different parts of the block are; however, one is clearly more readable to a human. Contrast that with the same function in Python:

In this case, there's only one option. If the code isn't structured this way, it won't work, so if you have code that works, you have code that's readable. Also, notice the difference in syntax. Other than def, the words in the Python code are English and would be clear to a broad audience. In the C language example void and int are less intuitive.

Python also has an excellent ecosystem. This means two things. First, you have a large, active community of people using the language you can turn to when you need help and guidance. Second, it has a large number of preexisiting libraries, which are chunks of code that perform special functions. These range from advanced mathematical processing to graphics to computer vision to almost anything you can imagine.

Python has two drawbacks to it being your first language. The first is that it can sometimes be tricky to install, especially on computers running Windows. (If you have a Mac or a Linux computer, Python is already installed.) Although this issue isn't insurmountable, and the situation is improving all the time, it can be a deterrent for some people. The second drawback is for people who specifically want to build websites. While there are projects written in Python (like Django and Flask) that let you build websites, there aren't many options for writing Python that will run in a web browser. It is primarily a back-end or server-side language.

First, there's nothing to install. You can open any text editor (like Notepad on Windows, but not a word processor like Microsoft Word) and start typing JavaScript. The code will run in your web browser. Most modern web browsers have a JavaScript engine built in, so your code will run on almost any computer and a lot of mobile devices. The fact that you can run your code immediately in a web browser provides a very fast feedback loop, which is good for new coders. You can try something and see the results very quickly.

Despite these strengths, JavaScript is not without its drawbacks for new programmers. The syntax of JavaScript is not as clear or English-like as Python. It's much more like the C example above. It also doesn't have readability as a key design principle.

It's hard to go wrong with either Python or JavaScript as your first language. The key factor is what you intend to do. Why are you learning to code? Your answer should influence your decision most heavily. If you're looking to make contributions to open source, you will find a huge number of projects written in both languages. In addition, many projects that aren't primarily written in JavaScript still make use of it for their front-end component. As you're making a choice, don't forget about your local community. Do you have friends or co-workers who use either of these languages? For a new coder, having live support is very important.

What to read next
Tags
Getting started
Programming
Kojo Idrissa 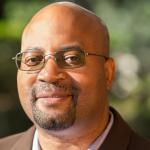 I'm a new software developer (1 year) who changed careers from accounting and university teaching. I've been a fan of Open Source software since around the time the term was coined, but I didn't have a NEED to do much coding in my prior careers.
More about me