How an open source tool is helping hurricane victims 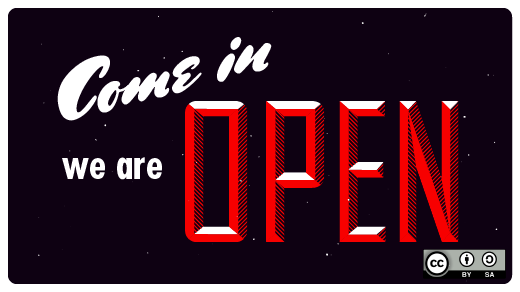 After Hurricane Harvey recently ripped through the Houston area, causing catastrophic flooding and devastation, the Stephen F. Austin Community Health Network (SFA) responded quickly by leveraging open source technology to reach out to patients and victims of the crisis in areas of Texas that are virtually inaccessible.

Using an advanced cloud-based version of the OpenEMR software, the SFA Community Health Network was able to treat patients in clinics that were physically unreachable by care providers. The next-generation version of the open source electronic health record (EHR) was developed and is maintained by St. Louis-based Williams Medical Technologies, Inc. (WMT).

Mark Young, CEO of SFA Community Health Network says that medical care providers at its Alvin, Texas clinic treated patients in its Freeport facility using the telemedicine capabilities of OpenEMR Plus. Normally, medical personnel would be present at the Freeport clinic, but extensive flooding made that impossible. Young is working with Direct Relief as well as the Texas Association of Community Health Centers (TACHC) to obtain medical supplies, and the organizations plan to bring two mobile medical clinics from California for hurricane relief efforts. SFA will use one unit to assist hurricane evacuees using OpenEMR Plus’s telemedicine capability.

Using a combination of on-site providers and telemedicine, the mobile clinics will help SFA deliver direct care where victims are located. Nurses at the mobile clinic will use OpenEMR Plus by connecting to the cloud through cellular networks. Physicians at the clinics will alternate between seeing patients at the clinics and providing telemedicine support to those at remote locations.

SFA's OpenEMR support company, WMT, has maintained close contact with SFA to ensure that all services and applications are in place to facilitate smooth operations during this critical time. WMT's programmers are working around the clock to add victim-tracking capabilities to OpenEMR to record the number of patients SFA serves at area shelters using its mobile unit.

The relationship between SFA and WMT began more than two years ago, when SFA embarked on an effort to leverage open source software to build a more robust EHR application. The goal was to bolster the Community Health Network's busy clinics with additional capabilities that could be used in emergency situations.

In southeast Texas, hurricanes are a potential threat every year. The current crisis has already proven OpenEMR Plus to be a critical resource for emergencies by enabling SFA to treat patients at local clinics as well as hard-to-reach remote locations.

Richard Williams, chief developer of the OpenEMR Plus platform and CEO of WMT, says that OpenEMR software as a development platform is both a full-blown EHR and a practice management system, making it particularly well suited for emergency response and disaster relief. Hosted in the cloud-based Amazon Web Services (AWS) environment, it is available 7 days a week, 24 hours a day over any internet connection. “We have been working on the telemedicine capability with SFA for over a year now and we are excited about the level of service SFA has been able to provide to the community during this epic disaster,” Williams says.

Since the hurricane, WMT has streamlined the workflow of OpenEMR Plus so that first responders can use it in the field with minimal training. Some of these improvements are based on experience from Hurricane Harvey. For example, WMT has added intake questions regarding exposure to floodwaters, which can have important health implications due to toxic chemical and biological contaminants. Other enhancements focus on triage issues, such as identifying where patients are injured and whether they have suffered puncture wounds.

All this information becomes part of the patient’s permanent health record, but the EHR focuses on immediate critical needs, collecting contact information for family and friends living outside the immediate area, along with medication history, allergies, and other details.

WMT is also adding telemedicine capabilities to OpenEMR Plus that allow first responders and care providers to diagnose and make triage decisions on the spot. Using telemedicine as an integral part of the emergency response, OpenEMR Plus can provide much-needed support to local medical personnel.

OpenEMR Plus can also send and receive patient information to and from local hospital emergency rooms, rescue units, and health information exchanges; however, this feature is not supported by most proprietary EHR vendors, which often rely on old data silos. All the data from the emergency response version of OpenEMR Plus can be merged with the production version for patients who remain in the area.

Hurricane Harvey is one of the first events to spotlight the capabilities of OpenEMR, and it shines versus the monopoly EHRs (see Wired article). While Congress continues to pass bills that encourage data interoperability and end data blocking, this example suggests that legislative efforts might better focus on open source EHRs like OpenEMR.

What to read next
Tags
Health
Roger A. Maduro 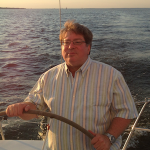 Roger A. Maduro is the publisher, and editor-in-chief of Open Health News, the leading news site focused on open source in health information technology and medical research. The mission of Open Health News is to provide a voice to open health projects, organizations, and companies, to communicate their work to health IT adopters, policymakers and other members of the community.
More about me