Learn about using Extended BPF, an enhancement to the original Berkeley Packet Filter, to filter packets in the Linux kernel. 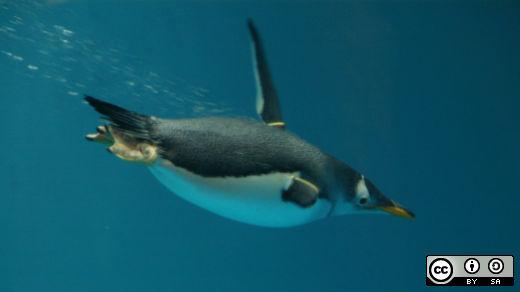 In 1992, Steven McCanne and Van Jacobson from Lawrence Berkeley Laboratory proposed a solution for BSD Unix systems for minimizing unwanted network packet copies to user space by implementing an in-kernel packet filter known as Berkeley Packet Filter (BPF). In 1997, it was introduced in Linux kernel version 2.1.75.

BPF's purpose was to filter all unwanted packets as early as possible, so the filtering mechanism had to be shifted from user space utilities like tcpdump to the in-kernel virtual machine. It sends a group of assembly-like instructions for filtering necessary packets from user space to kernel by a system call bpf(). The kernel statically analyzes the programs before loading them and makes sure they don't hang or harm a running system.

More Linux resources
The BPF machine abstraction consists of an accumulator, an index register (x), a scratch memory store, and an implicit program counter. It has a small set of arithmetic, logical, and jump instructions. The accumulator is used for arithmetic operations, while the index register provides offsets into the packet or the scratch memory areas. Here's an example of a small BPF program written in BPF bytecode:

The ldh instruction loads a half-word (16-bit) value in the accumulator from offset 12 in the Ethernet packet, which is an Ethernet-type field. If it is not an IP packet, 0 will be returned, and the packet will be rejected.

A just-in-time (JIT) compiler was introduced into the kernel in 2011 to speed up BPF bytecode execution. This compiler translates BPF bytecode into a host system's assembly code. Such a compiler exists for x86-64, SPARC, PowerPC, ARM, ARM64, MIPS, and System 390 and can be enabled through CONFIG_BPF_JIT.

Extended BPF (eBPF) is an enhancement over BPF (which is now called cBPF, which stands for classical BPF) with more resources, such as 10 registers and 1-8 byte load/store instructions. Whereas BPF has forward jumps, eBPF has both backwards and forwards jumps, so there can be a loop, which, of course, the kernel ensures terminates properly. It also includes a global data store called maps, and this maps state persists between events. Therefore eBPF can also be used for aggregating statistics of events. Further, an eBPF program can be written in C-like functions, which can be compiled using a GNU Compiler Collection (GCC)/LLVM compiler. eBPF has been designed to be JIT'ed with one-to-one mapping, so it can generate very optimized code that performs as fast as natively compiled code.

Traditional built-in tracers in Linux are used in a post-process manner, where they dump fixed-event details, then userspace tools like perf or trace-cmd can post processes to get required information (e.g., perf stat); however, eBPF can prepare user information in kernel context and transfer only needed information to user space. So far, support of kprobes, tracepoints, and perf_events filtering using eBPF have been implemented in the upstream kernel. They have been supported with Arch x86-64, AArch64, S390x, PowerPC 64, and SPARC64.

For more information, look at these Linux kernel files:

Userspace tools have been developed for both the in-kernel tree and the out-of-kernel tree. Take a look at these files and directories for more on the upstream kernel for eBPF use:

BCC is another out-of-kernel tree tool that has efficient kernel tracing programs for specific usage (such as funccount, which counts functions matching a pattern).

Perf has also a BPF interface that can be used to load eBPF objects into kernel.

BPF system call and BPF maps are two useful entities that can interact with the eBPF kernel.

A user can interact with the eBPF kernel using a bpf() system call whose prototype is:

Following is a summary of those arguments; see man page BPF for more details.

eBPF tracing calculates the stats in the kernel domain itself. We will need some type of memory/data structure within the kernel to create such stats. Maps are a generic data structure that store different types of data in the form of key-value pairs. They allow sharing of data between eBPF kernel programs, and between kernel and user-space applications.

Important attributes for maps include:

There are different types of maps (e.g., hash, array, program array, etc.), that are chosen based on the use or need. For example, if the key is a string (or not from an integer series), then a hash map can be used for faster lookup; however, if the key is like an index, then an array map will provide the fastest lookup method.

A key cannot be bigger than key_size, it cannot store a value bigger than value_size, and max_entries is the maximum number of key-value pairs that can be stored within a map.

insns: a pointer to struct bpf_insn that has BPF instructions to be executed by an in-kernel BPF virtual machine

license:string, which must be GPL-compatible to call helper functions marked gpl_only

To understand how it works, look up this standalone eBPF demo on GitHub; it does not need any other eBPF library code. It has a small library to load different sections of BPF kernel code (bpf_load.c) and then wrapper functions on top of the bpf() system call (bpf.c) to manipulate the map and load kernel BPF code. When we compile this code, we get two executables: memcpy_kprobe and memcpy_stat.

These simple examples explain how to write kernel eBPF code for kernel tracing and statistics preparation.

If you have used eBPF and have advice to share, please leave a note in the comments.

Pratyush Anand - Pratyush is working with Red Hat as a Linux Kernel Generalist. Primarily, he takes care of several kexec/kdump issues being faced by Red Hat product and upstream. He also handles other kernel debugging/tracing/performance issues around Red Hat supported ARM64 platforms. Apart from Linux Kernel, he has also contributed in upstream kexec-tools and makedumpfile project. He is an open source enthusiast and delivers volunteer lectures in educational institutes for the promotion of FOSS.
More about me