How the Grateful Dead were a precursor to Creative Commons licensing

The Grateful Dead shared the open source view that creative content should be set free, with protections. 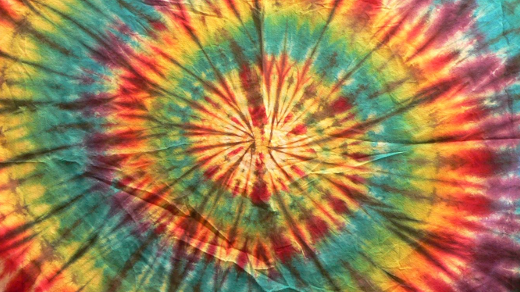 From its founding in 1965, the Grateful Dead was always an unusual band. Rising amidst the counterculture movement in the San Francisco Bay Area, the Grateful Dead’s music had roots in multiple styles and genres but did not lend itself to easy categorization. Was it psychedelic? Folk? Blues? Country? Yes, it was all of these and more. The band frequently performed well-known public domain songs, but they made the songs their own.

Members of the band could effortlessly play across traditional and diverse styles. At concerts, they often performed songs that sounded familiar at first but grew and evolved across styles and genres. Songs often turned into lengthy jam sessions in which musicians played off one another, discovering new musical motifs and expanding them together.

Fans of the Grateful Dead learned early that no two concerts were ever the same. The band built a vast repertoire of songs, many of which were never commercially recorded. Recorded songs were always performed differently in concert.

This gave the band’s music a life beyond its origins. But fans soon lamented the fact that the band's commercially available recordings captured only a glimpse of its live sound and feel.

Although many bands at the time allowed fans to record shows, the Grateful Dead took the idea a step further. Fans who purchased "tapers' tickets" were given access to a special area located near the soundboard. The band even encouraged tapers to share their recordings, as long as no profits were made on the sale of their tapes.

John Perry Barlow, who died recently, helped write some of the Grateful Dead's songs. Barlow's connection with the band may have been instrumental in his becoming an early internet user, as in 1986 he joined The WELL, one of the first online communities. The WELL also happened to also have a large number of Grateful Dead fans among its members. In 1990 Barlow co-founded the Electronic Frontier Foundation (EFF), which remains a prominent nonprofit that works to defend causes like free speech and digital privacy. The EFF and its stances on creative expression and digital rights seem to have been influenced by the Grateful Dead community, and in turn, the EFF had an impact on the founders of Creative Commons.

In 2006, I began research for a book I wanted to write. Working at a language school in prior years, I noticed that many foreigners who came to Morocco wishing to learn the local language did an excellent job of absorbing the book language—grammar, vocabulary, and so on; however, few students understood the culture. I wanted to help. So I wrote Humor and Moroccan Culture, publishing it through a small company I started so it could be sold on sites like Amazon and through retailers like Barnes & Noble. I used Lulu.com, a print-on-demand company familiar to long-time open source aficionados as it was founded by Bob Young, who years earlier founded Red Hat, Inc.

During the writing process, I decided to do something unusual: Before publication, I wanted to find a way to allow anyone who wanted to copy and share the text of the book to do so. I wanted students in the language school to be able to share copies without guilt and without breaking my copyright ownership. That’s when I discovered Creative Commons, founded in 2001 by people with an interest in the free flow of ideas as well as law and intellectual property rights.

Creative Commons took inspiration from the Free Software Foundation (FSF) and its GNU General Public License (GNU GPL). Their goal is to find ways to use private rights for public good and to set creative works free, but only for certain uses.

The creator of the FSF, Richard Stallman, and the community of programmers at MIT with whom he started his career, shared a set of values with the Grateful Dead. The programmers shared their work freely to help each other learn, grow, and make better software. The book Stallman co-authored with Sam Williams, Free as in Freedom, states that Stallman himself “has held up the Grateful Dead as an example” of business opportunities being able to coexist with freedom.

With the input of artists, writers, filmmakers, academics, lawyers, and others, Creative Commons has come up with a set of licenses that keep the power over creative works in the hands of creators while also freeing the content to be used in ways that modern copyright law forbids, much like the Grateful Dead did with their creative ticketing and taping permissions.

This time, however, an extensive legal team was involved. The licenses have been tested in courts around the world (though not extensively). At the same time, the license terms are clear enough for anyone to understand them, making it obvious to the consumer what the creator intended.

In the end, we get a legal means of fulfilling the freedom that the Grateful Dead allowed its fans, without gray areas that could lead to problems such as those that the Internet Archive had with the soundboard recordings of Grateful Dead concerts. This legal murkiness blocked access to those recordings for some time, although they are now available.

Because I published Humor and Moroccan Culture, along with another book, using Creative Commons licenses, they are not only available for purchase, but the content is also available for free from multiple sources, including the Internet Archive. I did this because the license helps protect my rights, permits users certain freedoms they would not otherwise have, and explicitly forbids uses that I have not already approved. If the soundboard recordings of the Grateful Dead had been as clearly licensed, access to them would never have been restricted in the first place. Fortunately, the band’s wishes won out and multiple tapings of many of their concerts are now freely available.

What to read next
Tags
Licensing
Matthew Helmke 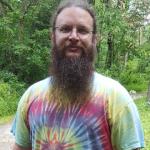 Matthew Helmke is a senior technical content developer at Grafana.
More about me