Learn what you can do with Atomic Host, a container operating system that provides a secure foundation for running containers.

This article was co-written with Maxim Svistunov.

Think of Atomic Host as a secure, specialized version of Fedora, CentOS, or Red Hat Enterprise Linux (RHEL). Its best use is to provide a reliable and easily upgradable operating system for running containers. Different formats of Atomic Host are available to run on anything from bare metal to a variety of cloud environments. With an Atomic Host system installed, you can use the docker command as you would on other container-enabled systems. However, Atomic Host also comes with an additional command called atomic, which expands what you can do with containers.

The atomic command is a special tool for working with Atomic Host systems and the images and containers on those systems. Like the docker command, atomic can be used to list, run, tag, push, pull, and delete containers and images. But atomic also has other features that let you:

If you have never worked with Atomic Host before, stepping through the 10 tasks below should give you a good feel for what you can do with it. Start by acquiring and starting an Atomic Host image for one of the following operating systems:

Ostree updates are atomic—if a system shuts down, it cannot be halfway through an update. You either have the previously used ostree ("old") or the ostree to which you are switching ("new"). The change from one to the other is instant. This is possible because, instead of modifying the "old" ostree, the "new" ostree is created alongside it. On the next reboot, the new one is used.

To get information about the current ostree, run:

This command is similar to git pull—it fetches and deploys the latest available ostree. In the output, you see new, upgraded, and removed packages with their versions. Until you reboot, the old ostree is in use. To start using the new one, reboot:

When you switch to another ostree, things such as configuration, container images, and user files are kept, and only files like executables and libraries change. In this way, switching to a different ostree is similar to upgrading packages on a normal Linux distribution.

The ● sign shows the current ostree is version 26.247, which corresponds to commit 5d0283ee. You also see the "old" ostree. Atomic always keeps two ostrees: the current one and the old one.

It's easy to roll back to the old ostree:

You can compare ostree A to ostree B without upgrading from A to B. You do not even need to fetch A or B. Just run:

You will get the same information as you would during an upgrade.

Upgrading to the newest ostree and rolling back are specific cases of the more general "deploy" operation. As in Git, where you can check out any commit, you can deploy an ostree of any version.

To list the available ostree versions, pull the ostree metadata:

The last argument in the above command specifies the remote source of the ostrees. They are stored in the /sysroot/ostree/deploy/fedora-atomic/deploy/*.origin file. To find out what this argument is in your system, look inside this .origin file:

It is useful to compare RPMs packages between ostree versions, so pull the metadata about RPMs too:

Say you want to deploy version 26.230. It is helpful to first see how the packages in the current ostree version compare to those in 26.230. You can do this by running a preview of the deploy operation:

As with an upgrade, you must first reboot to run the new ostree.

Also, the rpm-ostree db diff command we used to compare the current ostree with the newest can be used for any two ostree versions.

To switch, add the repository of the other Atomic Host variant, then switch to CentOS with this command:

The operation to switch to CentOS is called rebasing:

This will get the latest CentOS ostree and deploy it, the same way as with a Fedora ostree. After rebooting, you will be running the CentOS ostree:

Now you'll track CentOS ostrees, so if you run atomic host upgrade, you will get an upgraded CentOS ostree, not a Fedora ostree.

To revert back to Fedora Atomic Host, do an atomic host rollback.

On Atomic, instead of using package management commands like yum and dnf to install software, you use rpm-ostree. In this task, you will install and delete RPM packages on your Atomic Host.

NOTE: On RHEL systems, register and subscribe the system before installing software.

To install a package called nmap, type the following:

After the reboot, log in again. Then check that the RPM is installed and available:

To delete a package, use the rpm-ostree uninstall command:

After the reboot, log in again. Then check that the RPM is not available:

The following commands show how to manage container images on Atomic. The first command downloads the image, the second lists the image, and the final one deletes the image:

Using atomic images verify, you can view both local and remote version information for a container image. If a more recent image is available from the registry than is available locally, you can update that image. Here's how:

In this example, the local rhel7 image is for version 7.3-97, while a different version is available (7.4-129) from the registry. After you update the image, you can verify that the local version matches the remote version.

The support-tools image is an example of a container that opens privileges to the host and lets you run tools not included in Atomic (such as sosreport and strace) from that container. This container totally opens access to the host features (IPC, network interfaces, and process table) and file system content (/run, /var/log, and so on) to the command you run (sosreport, in this example).

Some containers, including support-tools, are specially built to include a run variable. That variable sets the exact docker command to launch when you use atomic run to start it. You can use docker inspect to see that variable:

Some special containers, built for use by atomic, can be "installed" on an Atomic Host to run as defined by information inside the container. These include:

Install and run a super-privileged container

For example, to configure the rsyslog container, run:

Install and run a system container

Here's an example of the etcd system container.

The result is that the etcd service starts and runs continuously, then restarts every time the system is rebooted. For more on system containers, see Running System Containers.

Task 9: Update and roll back containers

If you have set up a container to run on your system, and a new version of that container becomes available, you can update it without having to repeat the pull and install steps. Here's an example:

Second, download without installing the image that you will scan. In this example, an Apache web server container image will be scanned:

Finally, scan the Apache image with the openscap scanner:

To scan for configuration compliance:

The following issues were found:

What to read next
Tags
Containers
Programming
Christopher Negus 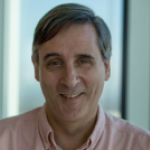 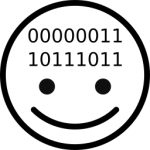