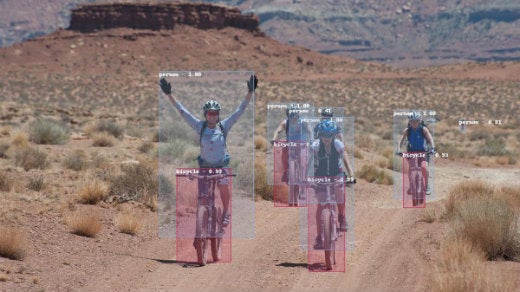 Computer vision is a way to use artificial intelligence to automate image recognition—that is, to use computers to identify what's in a photograph, video, or another image type. The latest version of Luminoth (v. 0.1), an open source computer vision toolkit built in Python and using Tensorflow and Sonnet, offers several improvements over its predecessor:

Let's explore each of these features by incrementally building our own computer vision image detector.

If you have a GPU available and want to use it, first run pip install tensorflow-gpu, then run the installation command above.

Luminoth's new checkpoint functionality provides pre-trained models for both Faster R-CNN and SSD out of the box. This means you can download and use a fully trained object-detection model with just a couple of commands. Let's start by refreshing the checkpoint repository using Luminoth's CLI tool, lumi:

The output shows all the available pre-trained checkpoints. Each checkpoint is identified with the id field (in this example, 48ed2350f5b2 and e3256ffb7e29) and with a possible alias (e.g., accurate and fast). You can check other information with the command lumi checkpoint detail <checkpoint_id_or_alias>. We're going to try out the Faster R-CNN checkpoint, so we'll download it (by using the alias instead of the ID) and then use the lumi predict command:

The lumi predict command defaults to using the checkpoint with alias accurate, but we could specify otherwise using the option --checkpoint=<alias_or_id>. After about 30 seconds on a modern CPU, here is the output: 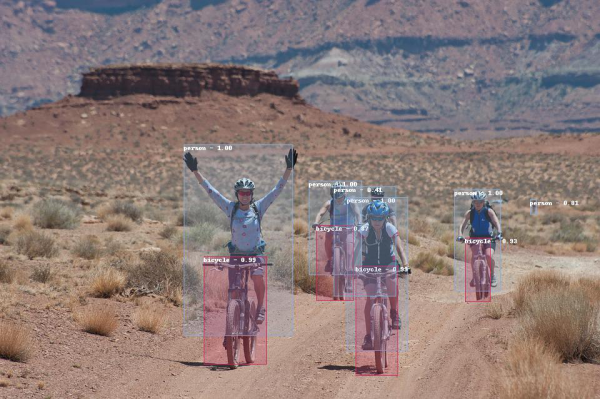 You can also write the JSON output to a file (through the --output or -f option) and make Luminoth store the image with the bounding boxes drawn (through the --save-media-to or the -d option).

Unless you're reading this several years in the future (hello from the past!), you probably noticed Faster R-CNN took quite a while to detect the objects in the image. That is because this model favors prediction accuracy over computational efficiency, so it's not feasible to use it for things like real-time processing of videos (especially if you don't have modern hardware). Even on a pretty fast GPU, Faster R-CNN won't do more than two to five images per second.

Enter the Single-Shot MultiBox Detector. This model trades lower accuracy (which increases with the more classes you want to detect) for speed: around 60 images per second on the same hardware used above, making it suitable for running over video streams or videos in general.

Let's try it out. Run lumi predict again, but this time with the fast checkpoint. Also, this time we won't download it beforehand; the CLI will notice the command and look for it in the remote repository.

It's much faster! The command will generate a video by running SSD on a frame-by-frame basis, so there are no fancy temporal-prediction models (at least for now). In practice, this means you'll probably see some jittering in the boxes, as well as some predictions appearing and disappearing out of nowhere, but it's nothing some post-processing can't fix.

Train your own model

Say you want to detect cars outside your window, and you aren't interested in the 80 classes present in COCO. Training your model to detect a lower number of classes may improve detection quality, so let's do that. Note, however, that training on a CPU may take quite a while, so be sure to use a GPU or a cloud service such as Google's ML Engine (which Luminoth integrates with).

Luminoth contains tools to prepare and build a custom dataset from standard formats, such as the ones used by COCO and Pascal. You can also build your own dataset transformer to support your own format, but that's beyond the topic of this article. For now, we'll use the lumi dataset CLI tool to build a dataset containing only cars, taken from both COCO and Pascal (2007 and 2012).

Start by downloading the datasets from Pascal 2007, Pascal 2012, and COCO and store them in datasets/ directories created in your working directory (specifically: datasets/pascal/2007/, datasets/pascal/2012/, and datasets/coco/). Then run the following commands to merge all the data into a single .tfrecords file ready to be consumed by Luminoth:

Now we're ready to start training. To train a model using Luminoth, you must create a configuration file specifying some required information (such as a run name, the dataset location, and the model to use, as well as a battery of model-dependent hyperparameters). Since Luminoth provides base configuration files, something like this will be enough:

Store it in your working directory (where datasets/ is located) as config.yml. As you can see, we're going to train an SSD model. Run the following:

Many hours later, the model should have some reasonable results (you can stop it when it goes beyond 1 million or so steps). You can test it right away using the built-in web interface by running the following command: 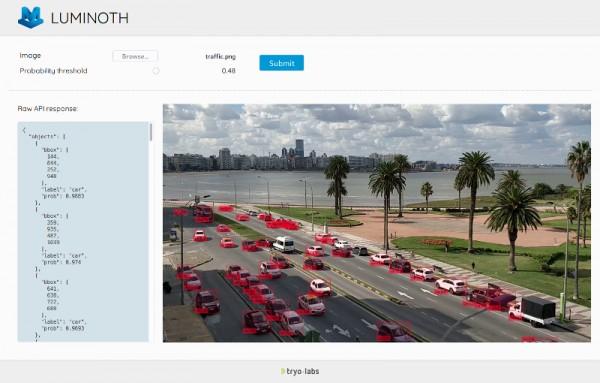 Since Luminoth is built upon Tensorflow, you can also leverage Tensorboard by running it on the job_dir specified in the config if you want to see the training progress.

In this overview, we've used Luminoth to detect objects in images and videos using pre-trained models, and we even trained our own with a couple of commands. We limited ourselves to the CLI tool and didn't even get into the Python API, from which you can use the trained models as part of a larger system.

If you'd like to learn more, check out the documentation, which contains even more examples of using Luminoth.

What to read next
Tags
AI and machine learning
Agustin Azzinnari 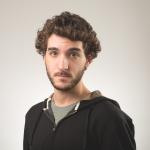 I'm a Research Engineer at Tryolabs, a company dedicated to machine learning consulting and development. I'm currently leading the company's efforts in the development of an open-source Computer Vision toolkit, called Luminoth. I hold an Engineering degree in Computer Science with a strong focus on AI and NLP.
More about me