Start the school year on a creative note with these fun open source projects. 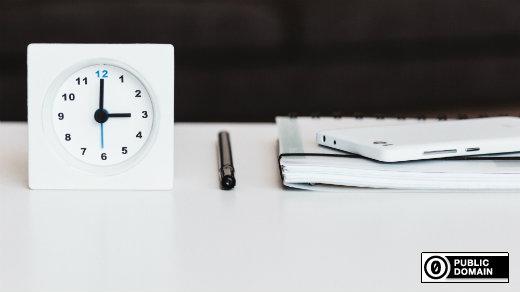 I first wrote about open source learning software for educators in the fall of 2013. Fast-forward five years—today, open source software and principles have moved from outsiders in the education industry to the popular crowd.

Students may love the modern sounds of Spotify and Soundcloud, but there's an old-school charm to snatching noise from the atmosphere. Penn Manor help desk student apprentices had serious fun with software-defined radio (SDR). With an inexpensive software-defined radio kit, students can capture much more than humdrum FM radio stations. One of our help desk apprentices, JR, discovered everything from local emergency radio chatter to unencrypted pager messages.

Our basic setup involved a student’s Linux laptop running gqrx software paired with a USB RTL-SDR tuner and a simple antenna. It was light enough to fit in a student backpack for SDR on the go. And the kit was great for creative hacking, which JR demonstrated when he improvised all manner of antennas, including a frying pan, in an attempt to capture signals from the U.S. weather satellite NOAA-18.

Penn Manor students stream a live morning show via UDP multicast to staff and students tuned in via the mpv media player. OBS also supports live streaming to YouTube, Facebook Live, and Twitch, which means students can broadcast daily school lunch menus and other vital updates to the world.

Self-drive by light: TurtleBot3 and Lidar

Of course, robots are cool, but robots with lasers are ace. The newest star of the Penn Manor student help desk is Patch, a petite educational robot built with the TurtleBot3 open hardware and software kit. The Turtlebot platform is extensible and great for hardware hacking, but we were most interested in creating a self-driving gadget.

We used the Turtlebot3 Burger, the entry-level kit powered by a Raspberry PI and loaded with a laser distance sensor. New student tech apprentices Aiden, Alex, and Tristen were challenged to make the robot autonomously navigate down one Penn Manor High School hallway and back to the technology center. It was a tall order: The team spent several months building the bot, and then working through the ROS-based programming, rviz (a 3D environment visualizer) and mapping for simultaneous localization and mapping (SLAM).

Building the robot was a joy, but without a doubt, the programming challenged the students, none of whom had previously touched any of the ROS software tools. However, after much persistence, trial and error, and tenacity, Aiden and Tristen succeeded in achieving both the hallway navigation goal and in confusing fellow students with a tiny robot transversing school corridors and magically avoiding objects and people in its path.

I recommend the TurtleBot3, but educators should be aware of the cost (approximately US$ 500) and the complexity. However, the kit is an outstanding resource for students aspiring to technology careers or those who want to build something amazing.