French non-profit network Framasoft offers free and open source alternatives to the tools many of us use every day. 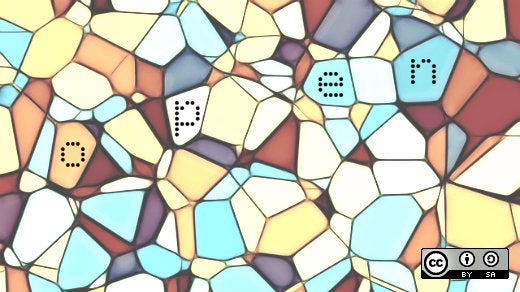 You can’t escape Google. At least, that’s how it seems.

The company doesn’t just dominate search. It also has its tendrils in personal storage, online productivity tools, books, music, social networking, and more. Billions of people the world over use their services because of the convenience and power.

The flip side? Google, and other online providers like them, collect a massive amount of data about you and your online habits, and it isn't always clear what companies do with that all that data. This is causing more people to look for alternatives to these "free" tools, but many don’t know where to find them.

Framasoft, a non-profit network dedicated to the global promotion of free (as in free speech) software and culture, wants to help people de-Googlize their online lives.

Thanks to the miracle that’s Etherpad, I was able to sit down (virtually) with the team from Framasoft to learn more about what they do and why they do it.

Scott Nesbitt: Tell us about the idea behind Framasoft.

Framasoft: Framasoft puts many hosted free and open source services and innovative projects at the disposal of the general public to highlight alternatives to free services owned by corporations [whose] business model is surveillance capitalism. In addition to installing those free tools to present them as respectful alternatives, we wrote documentation explaining how to use them, even if you don’t have any technical background, as well as how to install them on your own servers.

Framasoft is also an invitation to work together to build this alternative world of sharing and cooperation. We have a community of benevolent volunteers supported by a public interest nonprofit organization which also employs a few paid workers.

SN: Why did you start Framasoft?

Framasoft: The project was started by teachers, who received computers at schools that were allotted for their professional use. Since they had no budget for buying the software they needed, they sought free (as in free beer) software and then stumbled upon free (as in free speech) software.

They started to make a list of the free and open source software they could use in lieu of closed alternatives. Later, they shared this list with a broader audience. At some point, they met people working in the free software community and became part of this community.

SN: What are Framasoft’s guiding principles?

Framasoft: We are dedicated to advocating and evangelizing free and open source software and culture.

We are targeting the mainstream public to the largest possible extent. Right from the beginning, we adopted a kind of agnostic position regarding open source vs. Libre: We consider that most of the time, it’s a good first step for the user to adopt open source software and not necessarily free (as in free speech) software.

We are also fiercely independent of any commercial or institutional influence because our budget is almost exclusively funded by donations. So each and every service we propose to the public is tracker-free, has no analytics, has no advertisements, nothing. We respect your privacy, and we encourage you to be aware of data privacy issues in all the online services you use in your daily life.

We do not accept money from the French government either. When [it] comes time to contest the government’s decisions, we are not afraid of any setbacks, and we can feel free to speak out in the open.

Framasoft: We were afraid that some huge corporations are trying to take control of the Internet. We call these GAFAM (Google, Apple, Facebook, Amazon, Microsoft). We’re also concerned about other companies, like Twitter, Uber, Meetup, as well as some Chinese ones, like Baidu.

Their tools are free to use, but in exchange for their services, you give away a lot of personal data. The more data [these companies] have, the more economically powerful they are. The personal data from their users is sold back to other private companies [and] is then used for profiling and targeted advertisement. Worse, sometimes governments get access to this data in one way or the other, giving them means to more efficiently chase political opponents.

We decided to prove that the internet can be used not only without their tools but with tools that respect users' privacy and data ownership.

We decided to offer and promote 30 free software-based tools within three years. Each tool was a replacement for a commonly used software-as-a-service (SaaS) product provided by one of the major companies.

Three years later, we did it: 32 Framasoft-branded tools are online today, and we continue to prepare more (although we are slowing down).

SN: How would you advise someone to start de-Googlizing their digital life?

Framasoft: Don’t try to be exemplary. Don’t try to change all your habits on the first day. That’s the best way to make sure you won’t make it.

When using a software-as-a-service product, ask about its business model. If it’s free, how does the company behind it make money? The answer could be something along the lines of if it’s free, then you’re the product.

Then you could start by identifying one piece of software that you frequently use, try one of our suggested hosted alternatives or one that’s listed in the FramaLibre directory. Then decide whether you’re willing and ready to move on from the corporate service to an open source one. Then you can even unsubscribe, one service at a time!

If you’re interested in the theory behind surveillance capitalism and data privacy on the Internet, there are many useful resources available on the Internet, like Aral Balkan’s videos or Glenn Greenwald’s TED talk. Many other websites list alternatives to proprietary software, like Prism Break, for example.

SN: How do you respond to people who say things like “I need to use Google,” or “Framasoft doesn’t have the tools I need,” or “Free and open source software is too complex for me”?

Framasoft: Keep using software you are [comfortable] with, even if it is bad. Changing habits takes time, and it can be difficult. Just be aware that your data is used by someone who is not your friend. First, it might be the service provider. Later on, your insurance company, or in the worst case, your government.

Keep this in mind when using digital devices, too. They often come with a bundle of apps that online service providers preinstall on your device, so you fall [easily] into using those.

Step by step, you can gradually move toward a new way of using software and the internet. And you may find out that one way to be more free is to use software that respects you and your privacy.

Be aware that you’re making a tradeoff here. Most of the time, big companies put a lot of money into the end-user experience and the integration between different products. They do that to keep their users as tied to their platforms as possible. Most open source software is crafted by passionate people who might not have the resources or the time to [develop] as many features as those companies can.

SN: Do you think it’s possible for most people to delete Google from their lives? Why or why not?

Yes, it is [possible]. But it might be hard and require some effort since Google is a private company [whose] economic power comes from your data. They will try to do everything to keep you with them. They, and Facebook, and Twitter, and so on, ultimately try very hard to be useful to you, and ultra easy for you to use because they do not want you to leave. Remember that you are not the customer, you are the product. They make a lot of money thanks to you.

But you can eventually make it with some time and conviction. You can take a minimalist approach to software usage and consider that a lot of features of hosted services are actually not that useful. Or you can leave one service at a time, or just a few [services].

SN: Other than offering some powerful software, how do you encourage people to remove Google from their lives?

Framasoft: Offering software is only one of our activities. Framasoft is also a popular education non-profit.

We have a blog where we explain our ideas and present news about the free software community in general. We also translate articles written in foreign languages (mainly English) for our French audience, and we host free culture articles written by guests.

We publish free-licensed books written by authors who have decided that their books should be available to everyone.

We are sharing our ideas and strategy with other organizations in the free software community, but also with other groups who care about alternatives for a fairer, more local and cooperative world.

Our members give talks at events all over France and abroad—for example at FOSDEM in Brussels—and in front of many different audiences, from people who know nothing about free software to hard-core free software activists.

SN: What advantage does Framasoft’s suite of tools offer over, for example, Google’s tools?

Framasoft: Freedom! Since you can check the source code of the software, you can inspect and check for yourself (or let experts do it) what the software does with your data. You have no such guarantee with closed software.

And if you find an issue in the software, fine. You can get in touch with the software’s maintainers and get a human response instead of a pre-processed support questionnaire.

Also longevity. Think about that: If Google decides to close a tool, what makes you think you will be able to get your data back? They have no interest in seeing you leave, so they’re often reluctant to give you a package with all your personal data so you could move to a different service provider.

Free software, on the other hand, is a guarantee that your data can be saved and transferred to another free tool. After trying one of our services, if you want to leave it, it’s totally fine. We encourage you to do so since we don’t want to become a new data silo. We can give you an archive with your data so you can dispose of it at your own will.

Privacy. We keep the minimum amount of metadata that’s required by the law where the servers are hosted. We see no value in getting more, so we don’t take more. For some services, we have no knowledge of what your data is since it is encrypted end-to-end. Framanotes (based on Turtl), for example, is zero-knowledge software for taking personal notes as an alternative to Evernote.

In part 2 of this interview, the folks at Framasoft discuss the reaction to their efforts and what their plans are for the future.

Thanks to the Framasoft team for taking the time to participate in this interview, and especially to Jean-Bernard Marcon, who coordinated between the team and me.