Text files and Linux go hand in hand. Or so it seems. But how you view those text files depends on what tools you're comfortable with.

There are a number of utilities that enable you to view text files when you're at the command line. One of them is more.

more is similar to another tool I wrote about called less. The main difference is that more only allows you to move forward in a file.

While that may seem limiting, it has some useful features that are good to know about. Let's take a quick look at what more can do and how to use it.

Let's say you have a text file and want to read it at the command line. Just open the terminal, pop into the directory that contains the file, and type this command: 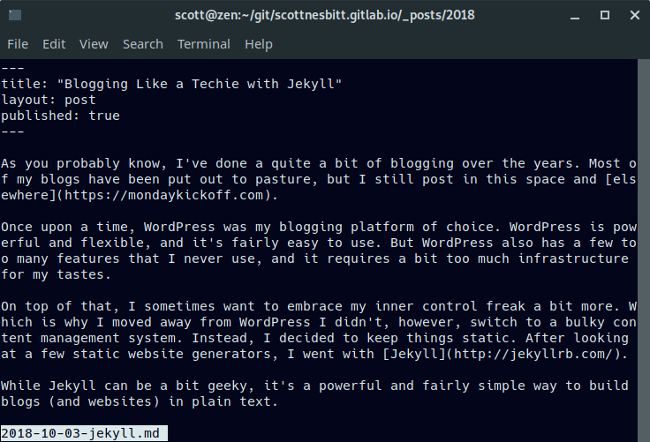 Press the Spacebar on your keyboard to move through the file or press q to quit.

If you want to search for some text in the file, press the / key followed by the word or term you want to find. For example, to find the phrase terminal, type: 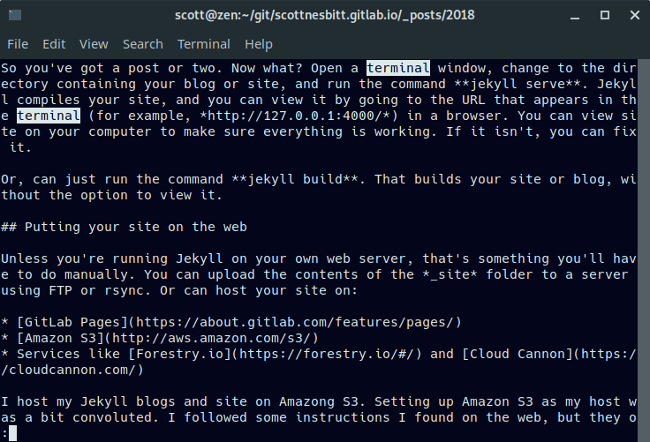 Using more with other utilities

You can pipe text from other command line utilities into more. Why do that? Because sometimes the text that those tools spew out spans more than one page.

To do that, type the command and any options, followed by the pipe symbol (|), followed by more. For example, let's say you have a directory that has a large number of files in it. You can use more with the ls command to get a full view of the contents of the directory: 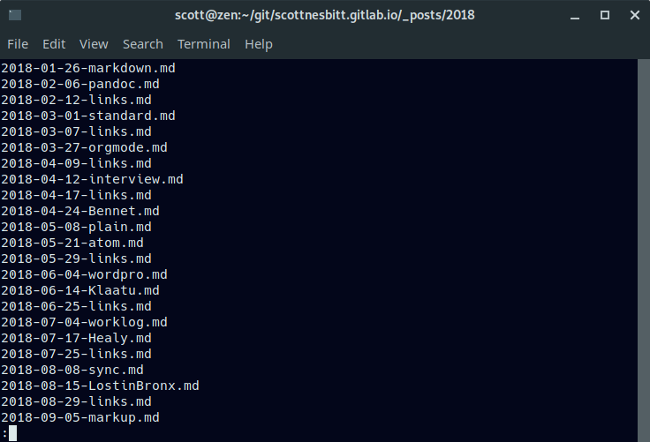 You can also use more with the grep command to find text in multiple files. In this example, I use grep to find the text productivity in multiple source files for my articles: 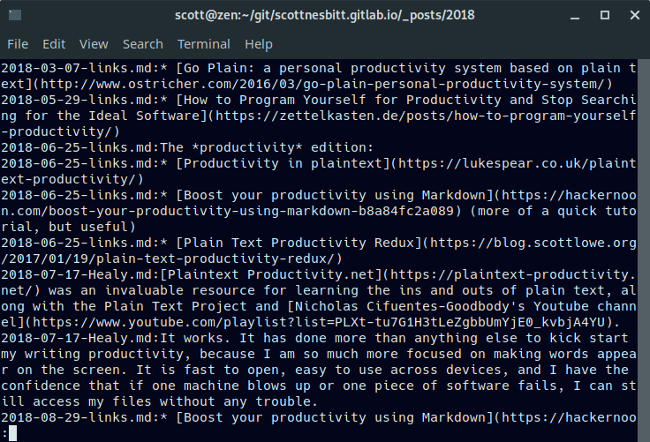 Note that you'd replace scott with your username. 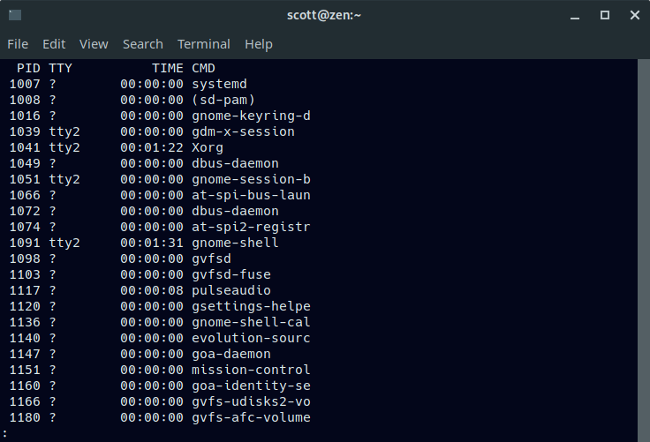 As I mentioned at the beginning of this article, more is easy to use. It's definitely not as flexible as its cousin less, but it can be useful to know.

What to read next
Tags
Linux
Command line
Scott Nesbitt