In the third article in this series on getting started with Raspberry Pi, I shared info on installing Raspbian, the official version of Linux for Raspberry Pi. Now that you've installed Raspbian and booted up your new Pi, you're ready to start learning about Linux.

It's impossible to tackle a topic as big as "how to use Linux" in a short article like this, so instead I'll give you some ideas about how you can use the Raspberry Pi to learn more about Linux in general.

Start by spending time on the command line (aka the "terminal"). Linux window managers and graphical interfaces have come a long way since the mid-'90s. Nowadays you can use Linux by pointing-and-clicking on things, just as easily as you can in other operating systems. In my opinion, there is a difference between just "using Linux" and being "a Linux user," and the latter means at a minimum being able to navigate in the terminal. 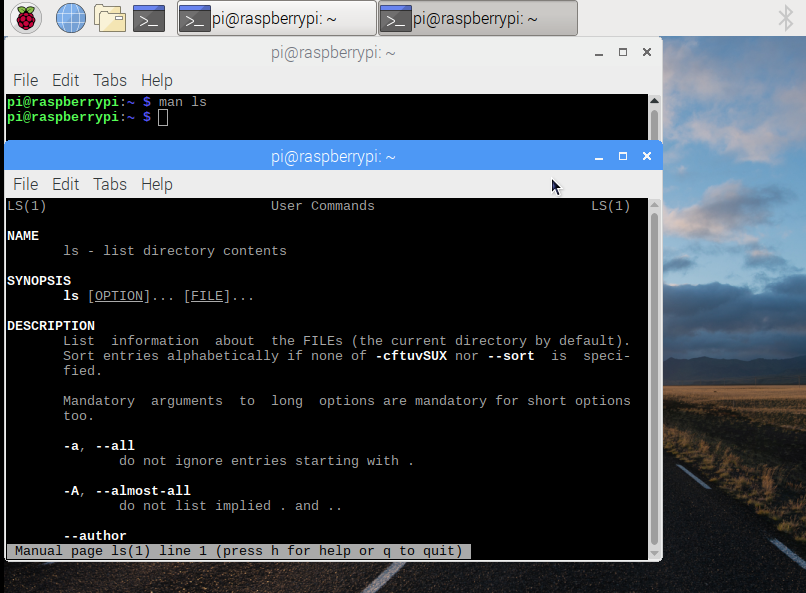 If you want to become a Linux user, start by trying out the following on the command line:

The best way to get help with a command is by reading its "man page" (short for manual); type man <command> on the command line to pull it up. And make sure to search the internet for Linux command cheat sheets—you should find a lot of options that will help you learn.

At the end of the day, you can use your graphical interface environment to get work done faster, but make sure to dive into the Linux command line, for that's where you will get the true power and knowledge of the operating system.

What to read next
Tags
Raspberry Pi
Linux
Anderson Silva