Download a free desktop wallpaper image of the Open Force. 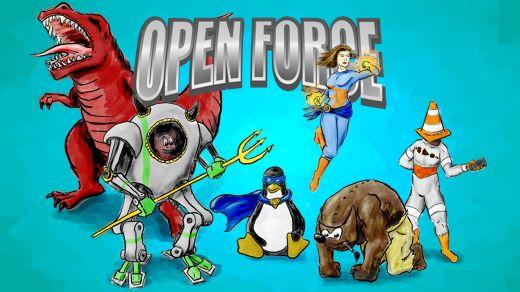 My take on this challenge is Open Force: Heroes of the Code! (with accompanying illustrations, of course). Download the original Krita art files and desktop wallpaper images for 4k, HD, and mobile devices from my GitLab repo. 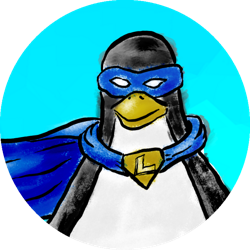 By day, he's your standard tuxedo-wearing penguin. By night, he's still a penguin. However, he dons the cape and mask because it suits his style—he makes it look good. Fast and reliable, SuperTux only looks like he's sitting idle when in reality he's everywhere he needs to be, even here for you. 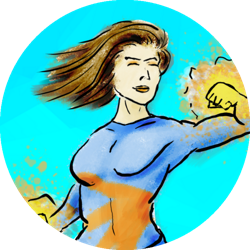 Both powerful and graceful, there's no puzzle she can't solve. With mastery of all dimensions of time and space, she outmatches every opponent. She's an excellent ally, especially once you understand how she thinks. 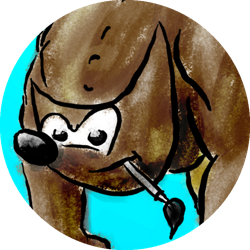 Wilber looks like your typical mild-mannered artist, but when the need arrives he can "beast out" and wrestle whatever image manipulation tasks you put in front of him. 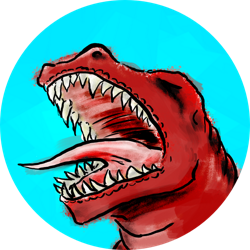 The big red dragonosaur is the connective glue of the team. Normally more docile than depicted, she provides the team with the tools they need to communicate with each other and the rest of the world. But woe to any baddie who tries to discover any of her teammates' secret identities! Those teeth aren't just for show. 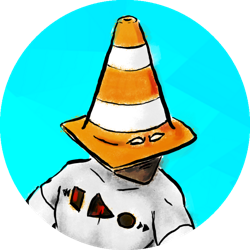 Don't let the cone mask fool you. With his handy remote, the VideoLANner knows no restrictions. He can play, stop, and record any situation with one hand behind his back. 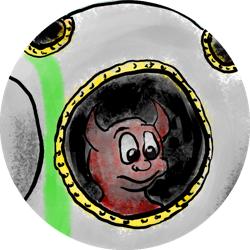 He's capable enough on his own, but when paired with his mechanical suit, the BSD Daemon is unstoppable. He specializes in having the exact right tool for every job, whether it's saving the world or saving a cat.

What other members of the Open Force would you add? An Emacs utility belt? The Invisible Vim? X-Terminator? Share your ideas in the comments, or even better, sketch out what they look like and add them to the team. Have fun!

This is my favorite thing today

I would add "Epiff - A - Nee" the old wizened sage who does nothing but research and lookup everything for the team. He's able to "see" into both past and present, with strong almost correct premonitions of the future. In the eyes of others, he's just a normal web browser, but by night?...he's a database of information from all corners of the world!...(and lets not forget his significant other "Midori".....Hahaha!) Someone needs to turn this into a real comic book series!...LoL!