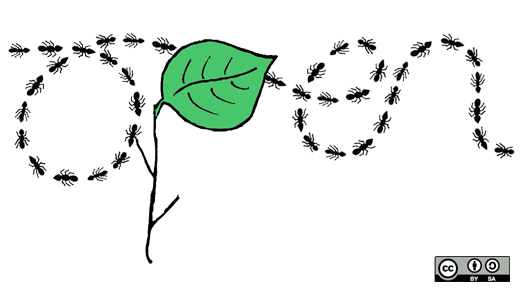 In "Failure is a feature in blameless DevOps," I discussed the central role of failure in delivering quality by soliciting feedback. This is the failure agile DevOps teams rely on to guide them and drive development. Test-driven development (TDD) is the conditio sine qua non of any agile DevOps value stream delivery. Failure-centric TDD methodology only works if it is paired with measurable tests.

TDD methodology is modeled on how nature works and how nature produces winners and losers in the evolutionary game. 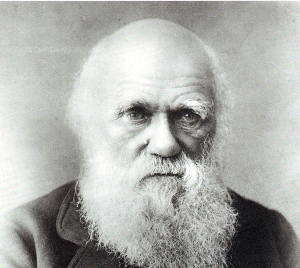 In 1859, Charles Darwin proposed the theory of evolution in his book On the Origin of Species. Darwin's thesis was that natural variability is caused by the combination of spontaneous mutations in individual organisms and environmental pressures. These pressures eliminate less-adapted organisms while favoring other, more fit organisms. Each and every living being mutates its chromosomes, and those spontaneous mutations are carried to the next generation (the offspring). The newly emerged variability is then tested under natural selection—the environmental pressures that exist due to the variability of environmental conditions.

This simplified diagram illustrates the process of adjusting to environmental conditions.

In the second situation, fish are sufficiently relaxed to engage in mating. In the absence of predators and in the presence of the mating ritual, the opposite results can be expected: The fish that stand out against the background have a better chance of being picked for mating and transferring their characteristics to offspring.

A simple mathematical example can illustrate this process of decision making. (Only in this case it won't be governed by natural selection, but by artificial selection.) Suppose someone asks you to build a little function that will take a positive number and calculate that number's square root. How would you go about doing that?

The agile DevOps way is to fail fast. Start with humility, admitting upfront that you don't really know how to develop that function. All you know, at this point, is how to describe what you'd like to do. In technical parlance, you are ready to engage in crafting a unit test.

At the very least, you have formulated your selection criteria, your test or goal.

Open the command line and create a folder where your square root solution will be implemented. For example, type:

Move into the unit_tests folder (cd unit_tests) and initiate the xUnit framework:

Now, move one folder up to the square_root folder, and create the app folder:

Create the scaffold necessary for the C# code:

In your code editor, navigate to the unit_tests folder and open UnitTest1.cs.

Replace auto-generated code in UnitTest1.cs with:

Next, to implement the component called calculator, create a new file in the app folder and call it Calculator.cs. To implement a function that calculates the square root of a number, add the following code to this new file:

Before you can test this implementation, you need to instruct the unit test how to find this new component (Calculator). Navigate to the unit_tests folder and open the unit_tests.csproj file. Add the following line in the <ItemGroup> code block:

Save the unit_test.csproj file. Now you are ready for your first test run.

Go to the command line and cd into the unit_tests folder. Run the following command:

Running the unit test will produce the following output:

As you can see, the unit test failed. It expected that sending number 16 to the calculator component would result in the number 4 as the output, but the output (the actual value) was the number 16.

Congratulations! You have created your first failure. Your unit test provided strong, immediate feedback urging you to fix the failure.

To fix the failure, you must improve bestGuess. Right now, bestGuess merely takes the number the function receives and returns it. Not good enough.

But how do you figure out a way to calculate the square root value? I have an idea—how about looking at how Mother Nature solves problems.

It is extremely hard (pretty much impossible) to guess the correct value from the first (and only) attempt. You must allow for several attempts at guessing to increase your chances of solving the problem. And one way to allow for multiple attempts is to iterate.

Here is the body of the function that produces the correct value for the square root of any positive number:

The iteration solves the problem

Just like Mother Nature's approach, in this exercise, iteration solves the problem. An incremental approach combined with stepwise refinement is the guaranteed way to arrive at a satisfactory solution. The decisive factor in this game is having a measurable goal and test. Once you have that, you can keep iterating until you hit the mark.

OK, this was an amusing experiment, but the more interesting discovery comes from playing with this newly minted solution. Until now, your starting bestGuess was always equal to the number the function receives as the input parameter. What happens if you change the initial bestGuess?

To test that, you can run a few scenarios. First, observe the stepwise refinement as the iteration loops through a series of guesses as it tries to calculate the square root of 25:

Fig. 4. Iterating to calculate the square root of 25.

Starting with 25 as the bestGuess, it takes eight iterations for the function to calculate the square root of 25. But what would happen if you made a comical, ridiculously wrong stab at the bestGuess? What if you started with a clueless second guess, that 1 million might be the square root of 25? What would happen in such an obviously erroneous situation? Would your function be able to deal with such idiocy?

Take a look at the horse's mouth. Rerun the scenario, this time starting from 1 million as the bestGuess: 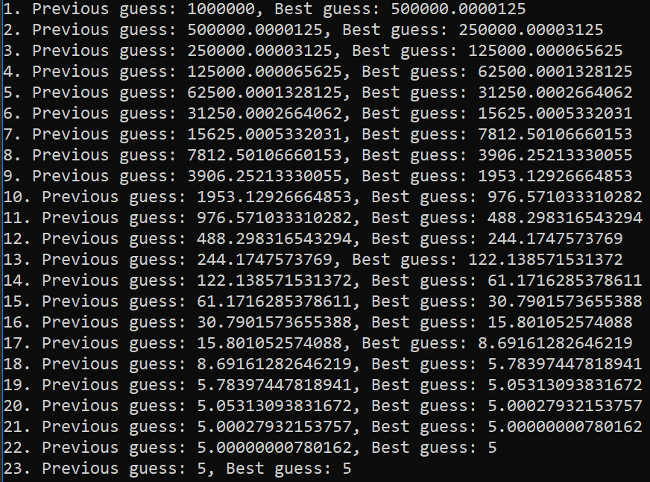 Fig. 5. Stepwise refinement when calculating the square root of 25 by starting with 1,000,000 as the initial bestGuess.

Oh wow! Starting with a ludicrously large number, the number of iterations only tripled (from eight iterations to 23). Not nearly as dramatic an increase as you might intuitively expect.

The moral of the story

The Aha! moment arrives when you realize that, not only is iteration guaranteed to solve the problem, but it doesn't matter whether your search for the solution begins with a good or a terribly botched initial guess. However erroneous your initial understanding, the process of iteration, coupled with a measurable test/goal, puts you on the right track and delivers the solution. Guaranteed.

Figures 4 and 5 show a steep and dramatic burndown. From a wildly incorrect starting point, the iteration quickly burns down to an absolutely correct solution.

This amazing methodology, in a nutshell, is the essence of agile DevOps.

Back to some high-level observations

Agile DevOps practice stems from the recognition that we live in a world that is fundamentally based on uncertainty, ambiguity, incompleteness, and a healthy dose of confusion. From the scientific/philosophical point of view, these traits are well documented and supported by Heisenberg's Uncertainty Principle (covering the uncertainty part), Wittgenstein's Tractatus Logico-Philosophicus (the ambiguity part), Gödel's incompleteness theorems (the incompleteness aspect), and the Second Law of Thermodynamics (the confusion caused by relentless entropy).

In a nutshell, no matter how hard you try, you can never get complete information when trying to solve any problem. It is, therefore, more profitable to abandon an arrogant stance and adopt a more humble approach to solving problems. Humility pays big dividends in rewarding you—not only with the hoped-for solution but also with the byproduct of a well-structured solution.

Nature works incessantly—it's a continuous flow. Nature has no master plan; everything happens as a response to what happened earlier. The feedback loops are very tight, and apparent progress/regress is piecemeal. Everywhere you look in nature, you see stepwise refinement, in one shape or form or another.

Agile DevOps is a very interesting outcome of the engineering model's gradual maturation. DevOps is based on the recognition that the information you have available is always incomplete, so you'd better proceed cautiously. Obtain a measurable test (e.g., a hypothesis, a measurable expectation), make a humble attempt at satisfying it, most likely fail, then collect the feedback, fix the failure, and continue. There is no plan other than agreeing that, with each step of the way, there must be a measurable hypothesis/test.

In the next article in this series, I'll take a closer look at how mutation testing provides much-needed feedback that drives value.