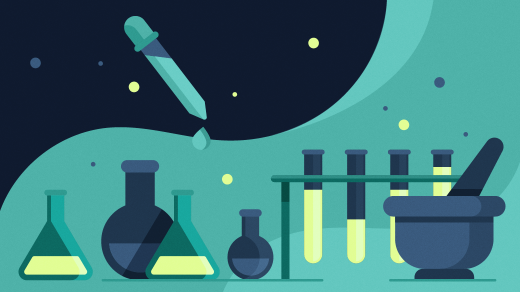 "The only way it’s all going to go according to plan is if you don’t learn anything." —Kent Beck

If we look at market leaders today, we learn that they’re not doing projects anymore; the only thing they’re doing is experiments. Customer discovery and lean strategies are only used to test assumptions about the markets. Such an approach is equivalent to Test-Driven Development (TDD), which is the process we are intimately familiar with. In TDD, we write the hypothesis (the test) first. We then use that test to guide our implementation. Ultimately, product or service development is no different than TDD—we first write a hypothesis, then that hypothesis guides our implementation, which serves as measurable validation of the hypothesis.

Back in the pre-agile days, requirements gathering was an important activity that used to always kick off the project. A bunch of subject matter experts (SMEs) would get assigned to the project and be tasked with gathering the requirements. After a prolonged period of upfront information discovery, the gathered requirements got reviewed and, if agreed upon, signed off and frozen. No more changes allowed!

Programming and development
Back then, it seemed a perfectly reasonable thing to do. The fly in the ointment always showed up once the build phase commenced. Sooner or later, as the project progresses, new information comes to light. Suddenly, what we initially viewed as incontrovertible truth gets challenged by the newly acquired information and evidence.

But the clincher was in the gated phases. Remember, once requirements get signed off, they get frozen—no more changes, no scope creep allowed—which means newly obtained market insights get willfully ignored.

Well, that’s kind of foolish neglect. The newly emerging evidence could be of critical importance to the health of the business operation. Can we afford to ignore it? Absolutely not! We have no choice but to embrace the change.

After a number of prominent fiascos in the industry, many software development projects switched to the agile approach. With agile, information discovery is partial. With agile, we never claim that we have gathered the requirements and are now ready to implement them. We discover information and implement it on an ongoing basis. We do it in tiny steps, keeping our efforts interruptible and steerable at all times.

How to leverage the scientific method

The scientific method is empirical and consists of the following steps:

Step 2: Perform orientation with regard to observed evidence.

Step 3: Formulate a hypothesis, including measurable indicators for hypothesis evaluation.

Step 4: Design an experiment that will enable testing of the hypothesis.

Step 6: Collect the telemetry that results from running the experiment.

Step 7: Evaluate the results of the experiment.

Step 8: Accept or reject the hypothesis.

How to formulate a hypothesis

The best way to proceed with formulating a hypothesis is to use the following format:

We believe [this capability] will result in [this outcome]. We will have the confidence to proceed when [we see a measurable signal].

Working software is not a measure of progress

The above structure is based on the strong belief that all software that works is valuable. That focus must now shift toward continuously delivering real value, something that serves customers. Agilists value outcomes (value to the customers) over features.

The new breakdown for hypothesis-driven development looks something like this:

All eyes must remain on the Achieved Desired Outcome column.

Test-driven development is not enough for delivering lean code that works exactly to expectations. Mutation testing is a powerful step forward. Here's what that looks like.
Alex Bunardzic (Correspondent)

Learn when, what, and how to test in a TDD system.
Alex Bunardzic (Correspondent)

Alex Bunardzic - Alex has been doing software development since 1990. His current passion is how to bring soft back into software. He firmly believes that our industry has reached the level of sophistication where this lofty goal (i.e. bringing soft back into software) is fully achievable. One of the amazing ways to accomplish that is to adopt the 'fail fast' approach by crafting a measurable goal/test and then iterating until the test passes. Following that, send the sniffing police dog to check the cargo (i.e...
More about me