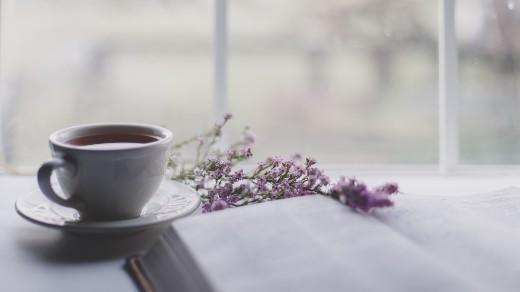 Photo by Carolyn V on Unsplash

Super Productivity is a to-do app for people that spend a lot of their time working from a computer. Its philosophy is that disciplined, focused work and cutting yourself some slack benefit from each other, rather than being on opposite sides of the spectrum.

More on productivity
The app offers everything you would expect from a modern to-do app. It adds various little (optional) helpers to nudge you in the right direction to establish good work routines—whether you're working way too much without taking a break or leaning too hard on your dirty little procrastination habits and not getting done what you need to do.

In its newest iteration, the free, open source task-management app allows you to sync your data privately via WebDAV with Nextcloud or ownCloud in addition to its existing support for Google Drive and Dropbox. The task list's design has been revised from the ground up, and users can now choose custom images as backgrounds. There is also a long list of bug fixes and minor improvements in its GitHub changelog. 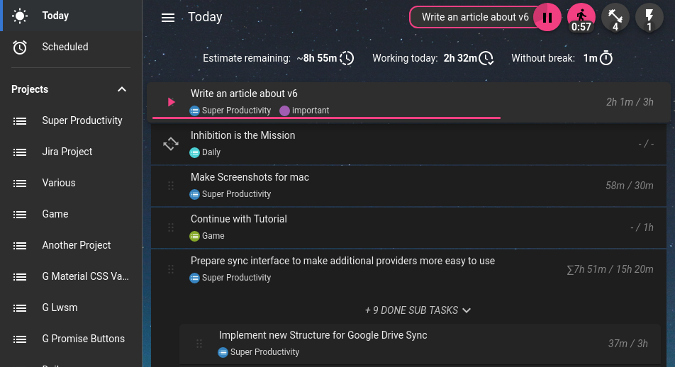 Super Productivity offers various options for managing tasks, such as tags, projects, and scheduling. It also has some optional productivity helpers like a Pomodoro timer, a standing-desk timer, and a break reminder.

The app asks you what to do with your time when you have been away from the computer for a while. 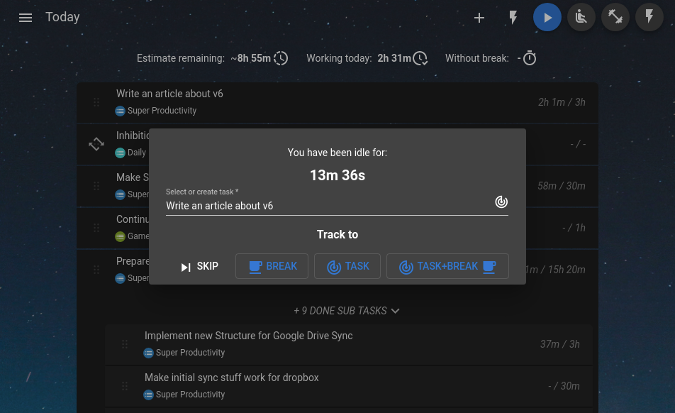 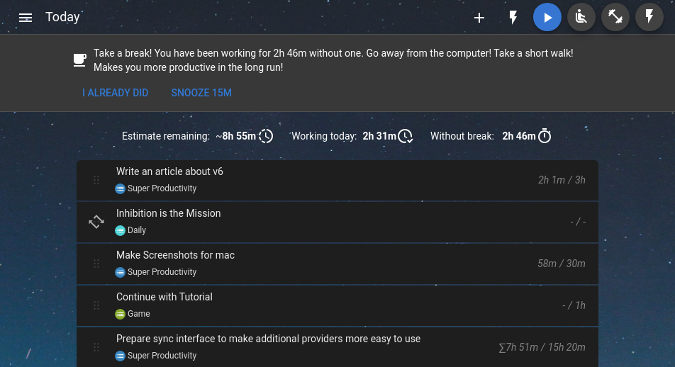 Integrate with Jira, GitHub, and GitLab

If you're working in the tech sector, you may appreciate the option to import tasks from Jira, GitLab, or GitHub. Once they're imported, the app notifies you about changes or comments, and if you work in Jira, it allows you to log your time spent directly there. 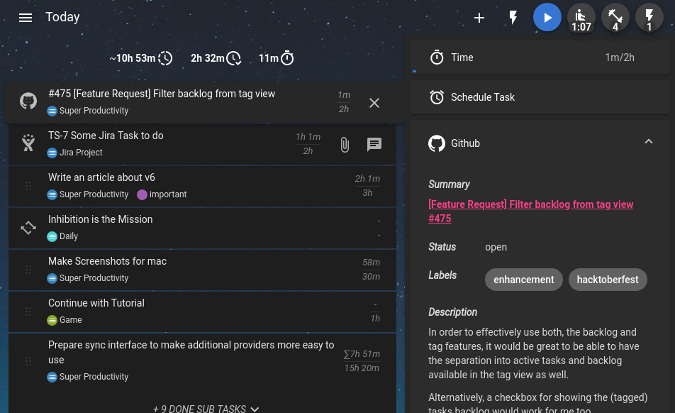 Make it your own

On top of being very customizable, Super Productivity prides itself on having a friendly community and being open to new ideas and contributions. If you have suggestions or feedback, the project's GitHub page is a good place to start. You can also make feature suggestions and bug reports or access the discussion board for broader conversations and questions.

In addition to allowing you to color-code your projects and tags, there is also a light theme. 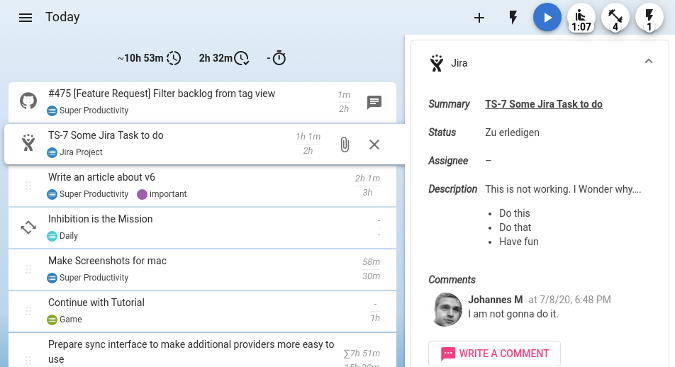 Super Productivity is completely free and open source, published under the MIT License. It is available for Windows, macOS, Linux, and Android, and as a web app.

Increase your productivity inside and outside the terminal by keeping these tools in your own bag of tricks.
Victoria Martinez de la Cruz (Red Hat)

Johannes Millan - Hello! I am Johannes. I have been working as a freelance web developer for well over a decade now. I love the idea of open-source and I spent lots and lots of time working on my favorite side project Super Productivity.
More about me

Use your favorite open source apps on your Mac with MacPorts

How I customize my Mac terminal with open source tools

This looks a lot like using software to nag yourself.