4 technologists on careers in tech for minorities 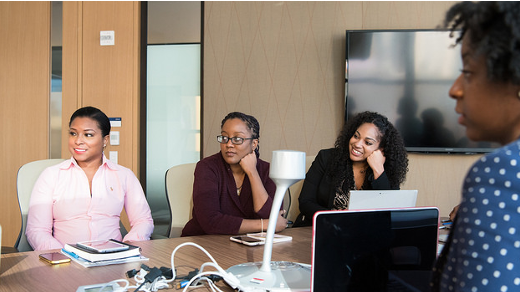 In honor of Black History Month, I've garnered the opinions of a few of my favorite technology professionals and open source contributors. These four individuals are paving the way for the next generation alongside the work they're doing in the technology industry. Learn what Black History Month means to them, what influences their career, resources for minorities wanting to break into tech, and more.

Since its launch, Tameika leads initiatives with a focus on exploring careers in infrastructure, cybersecurity, DevOps and IoT, pivoting into leadership and continuous skill-building. As a self-taught system administrator, Tameika believes the best way to learn tech is by just diving in. In efforts to give women a 360° view of tech, Tameika hosts a weekly virtual meetup to explore outside the norm of just Linux but introducing hyperledger, Kubernetes, microservices, and high-performance computing. Tameika’s career includes different conference talks from OSCon, LISA 2018, Seagl, HashiCorp EU 2019, and various local events.

"I'm a father, husband, brother, and son. I come from a small family so I have fun turning friends into an extended family. When I attach my name to something, I obsess over its success, so I am very careful what I agree to be a part of. Oh, so as far as my career I have been involved with software development for decades. I solve problems. I work with others to help solve large problems. I lead, guide and mentor newer software engineers while observing others that I want to learn from."

"I’m working with our team to rethink how developers interact with Kubernetes. When not working, I’m out in the community trying to inspire the next generation of software engineers and building robots."

Mutale Nkonde, founding CEO of AI For the People (AFP)

AFP is a nonprofit creative agency. Prior to starting a nonprofit she worked in AI Governance. During that time she was part of the team that introduced the Algorithmic and Deep Fakes Algorithmic Acts, as well as the No Biometric Barriers to Housing Act to the US House of Representatives. Nkonde started her career as a broadcast journalist and worked at the BBC, CNN & ABC. She also writes widely on race and tech, as well as holding fellowships at Harvard and Stanford.

What influenced you to pursue a career in technology?

My fear of the computer when I went back to college. I was afraid of the computer because I dropped out of college. After and going back, I made it my mission to learn all I can. This is still my motto to this day, learning never stops. —Tameika Reed

I won’t mince words, I was a child geek! At 10 years old I started writing GW-BASIC from code that I read in printed magazines. Every single day. I gave it a bit of a break to have a life while I went to high school, but when it came time to pick a major for college, it was an easy choice. I stayed in technology thanks to the amazing mentors and colleagues I’ve had along the way. —Michael Scott Winslow

I’ve been writing software since I was in middle school. I like being able to tell computers to do things and seeing the results. As an adult, I quickly realized that having a job that gave me satisfaction and paid well was the way to go. —Bryan Liles

I wanted to explore the questions around why so few black women were being hired by tech companies. —Mutale Nkonde

Is there a particular person or people in open source and the tech world who have inspired you?

I get inspired by a lot of other people and projects. For example, I love seeing others come to Women In Linux and are sure where they want to go. I try to give people a 360-view of tech so they can make a decision on what they like. Its easy to say I want to be in tech but it’s hard to get started and stay. You don’t have to be just a coder/programmer but you can be a cloud architect. —Tameika Reed

Kelsey Hightower, Bryan Liles, and Kim Scott inspire me very much. They are so REAL! They say things that I feel and experience every day. Get your job done! Stop complaining! Own your actions and understand how you contribute to your situation! Gene Kim is a big inspiration as well. As a leader in the DevOps movement, I see myself following and emulating a lot of things he does. —Michael Scott Winslow

There are so many! One of my favorites is Dorothy Vaughan: She was the first person in the US to program an IBM Watson computer. Her story is captured in the movie Hidden Figures. —Mutale Nkonde

Are there particular resources you would recommend for minorities wanting to break into tech?

Respected bootcamps are really cutting down the time it takes to break into the tech industry. I’ve met several professionals who went through bootcamps who have outshined their 4-year institution counterparts. I think we can really start respecting everything that people bring to the table, rather than technical fluency. —Michael Scott Winslow

I’m not sure I can recommend anything specific. Tech is a big thing and there isn’t an easy answer. My advice is to pick something you think will be interested in and work to become an expert on the topic. Start asking why instead of how, and also start understanding how things work together. — Bryan Liles

It really depends on the type of work they want to do. For people working at the intersection of tech and social justice, I would recommend the book Algorithms of Oppression by Safiya Noble. —Mutale Nkonde

What advice would you give to a person of color considering technology as their career?

I suggest you study your craft. You will be a forever learner. There will always be someone or something in your way how you respond and move will be on you. Never take the first offer push back and know your worth. I look at tech like I look at art. It takes time to develop so be patient with yourself. It's okay to unplug and say no. —Tameika Reed

As someone who is a bit of a protector of the industry, I don’t want people who are not suited for technology. So really decide if you have the personality for tech. Are you a problem solver? Are you more logical than emotional? Do you constantly find yourself creating processes? If so, no matter your background, I think you can find a home in tech. —Michael Scott Winslow

It is not going to be simple. Your progress will be slowed because of your race. You will have to work harder. Use this adversity as a strength. You will be better prepared than those around you and when the opportunity arises, you will be able to tackle it. Find a network of those who look like you. Air grievances in private and show strength in public. You belong and you can succeed. —Bryan Liles

To think beyond working for a company, the field of public interest tech is growing, our work centers on how technology impacts real people. Many of the people leading this work are women of color and Black women are making huge strides. Mutale Nkonde

What does Black History Month mean to you?

It means never stop because you can never forget. —Tameika Reed

Black History Month to me means focusing on the Tuskegee Airmen and not slavery. Highlighting how we contributed to history and not how were victims of it. I want people to understand where our pride comes from and not our anger. There are a lot of really bad things that happened to our people and we are still right here. Strong! —Michael Scott Winslow

Black History Month is a time to reflect on the forgotten history of black people in the United States. I take it as a time to be thankful for the sacrifices my ancestors made. —Bryan Liles

It is a time to center the contributions black people have made across the globe. I love it, it is one of my favorite times of year. —Mutale Nkonde

Their contributions have influenced the technology we depend on today.

Shilla Saebi
Shilla Saebi is an Open Source Program manager focusing on community at Comcast. She has spent over a decade in the tech industry in diverse positions ranging from operations engineering, system administration, and network operations.
More about me