10 Grafana features you need to know for effective monitoring

Learn how to make the most of this open source dashboard tool.

The Grafana project started in 2013 when Torkel Ödegaard decided to fork Kibana and turn it into a time-series and graph-focused dashboarding tool. His guiding vision: to make everything look more clean and elegant, with fewer things distracting you from the data.

More than 500,000 active installations later, Grafana dashboards are ubiquitous and instantly recognizable. (Even during a SpaceX launch!)

Whether you're a recent adopter or an experienced power user, you may not be familiar with all of the features that Grafana Labs—the company formed to accelerate the adoption of the Grafana project and to build a sustainable business around it—and the Grafana community at large have developed over the past 6+ years.

Here's a look at some of the most impactful:

Want to take a deeper dive? Join the Grafana community, check out the how-to section, and share what you think.

What to read next
Tags
Tools
Daniel Lee 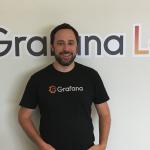 Core contributor to Grafana and employee at Grafana Labs - now a manager on the Grafana team. Previously worked at eBay Sweden where his team used Grafana to monitor their infrastructure, record application metrics and carry out A/B testing. Daniel has been involved in Open Source for years and is also passionate about metrics and monitoring.
More about me