Position text on your screen in Linux with ncurses

Use ncurses in Linux to place text at specific locations on the screen and enable more user-friendly interfaces.

Most Linux utilities just scroll text from the bottom of the screen. But what if you wanted to position text on the screen, such as for a game or a data display? That's where ncurses comes in.

curses is an old Unix library that supports cursor control on a text terminal screen. The name curses comes from the term cursor control. Years later, others wrote an improved version of curses to add new features, called new curses or ncurses. You can find ncurses in every modern Linux distribution, although the development libraries, header files, and documentation may not be installed by default. For example, on Fedora, you will need to install the ncurses-devel package with this command:

Using ncurses in a program

To directly address the screen, you'll first need to initialize the ncurses library. Most programs will do that with these three lines:

These functions are defined in the curses.h header file, which you'll need to include in your program with:

After initializing the terminal, you're free to use any of the ncurses functions, some of which we'll explore in a sample program.

When you're done with ncurses and want to go back to regular terminal mode, use endwin(); to reset everything. This command resets any screen colors, moves the cursor to the lower-left of the screen, and makes the cursor visible. You usually do this right before exiting the program.

The first thing to know about ncurses is that screen coordinates are row,col, and start in the upper-left at 0,0. ncurses defines two global variables to help you identify the screen size: LINES is the number of lines on the screen, and COLS is the number of columns. The bottom-right position is LINES-1,COLS-1.

For example, if you wanted to move the cursor to line 10 and column 30, you could use the move function with those coordinates:

Drawing text to the terminal screen can have a performance impact on certain systems, especially on older hardware terminals. So ncurses lets you "stack up" a bunch of text to display to the screen, then use the refresh() function to make all of those changes visible to the user.

Let's look at a simple example that pulls everything together:

The program starts by initializing the terminal, then prints a plus sign in the upper-left corner, a minus in the lower-left corner, and the text "press any key to quit" at row 10 and column 30. The program gets a single character from the keyboard using the getch() function, then uses endwin() to reset the terminal before the program exits completely.

getch() is a useful function that you could use for many things. I often use it as a way to pause before I quit the program. And as with most ncurses functions, there's also a version of getch() called mvgetch(row, col) to move to screen position row,col before waiting for a character.

If you tried to compile that sample program in the usual way, such as gcc pause.c, you'll probably get a huge list of errors from the linker. That's because the ncurses library is not linked automatically by the GNU C Compiler. Instead, you'll need to load it for linking using the -l ncurses command-line option.

Running the new program will print a simple "press any key to quit" message that's more or less centered on the screen: 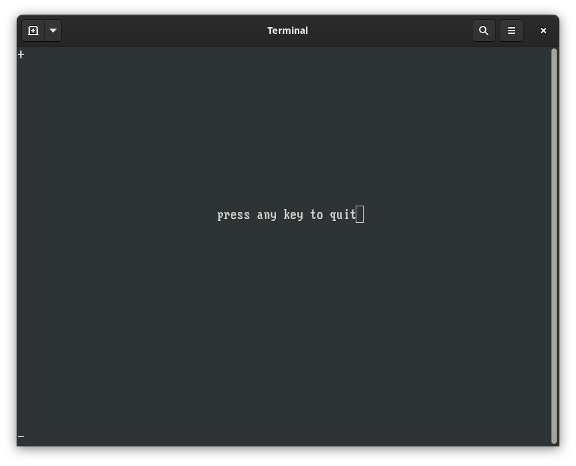 Figure 1: A centered "press any key to quit" message in a program.

Explore the ncurses library functions to learn about other ways to display text to the screen. You can find a list of all ncurses functions in the man ncurses manual page. This gives a general overview of ncurses and provides a table-like list of the different ncurses functions, with a reference to the manual page that has full details. For example, printw is described in the curs_printw(3X) manual page, which you can view with:

With ncurses, you can create more interesting programs. By printing text at specific locations on the screen, you can create games and advanced utilities to run in the terminal.

Use the flexibility and power of ncurses to create a guess-the-number game on Linux.

Learn Julia by coding a game