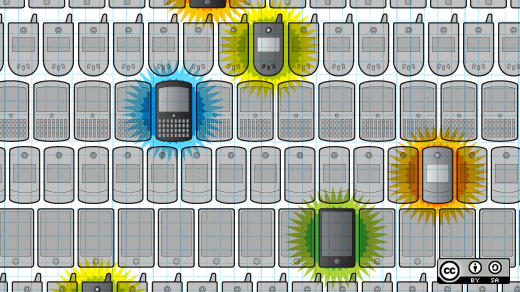 For those of us born after 1965 it's hard to believe, but Americans once viewed Japanese cars much like they do today's products with a “made in China” label: cheap, low-quality, possibly dangerous, and likely a knockoff of a better product.

Then came the Datsun/Nissan Z-car series. The debut 240z performed as well as Porsche's popular 911T—at half the price. The Japanese-American auto industry was transformed. That year, Road & Track magazine declared, “The Japanese industry is no longer borrowing anything from other nations. In fact, a great struggle may be ahead just to prevent a complete reversal of that cliché.”

Fast-forward 40 years, and the American auto industry has taken a remarkable tumble downhill while the Japanese continue to rise. If you haven't yet figured it out: China will be the “Japan” of consumer electronics within a few decades, if not sooner.

Beyond the sincerest form of flattery

Despite the common American rants about “cheap Chinese knockoffs,” much of what we buy—from low-end Walmart widgets to exorbitantly priced iPhones—is made in China. And most of it is an imitation (knockoff, if you will) of an existing product. That's the hallmark of American success, though mostly we are loathe to admit it.

Take Apple CEO and lifeblood Steve Jobs, who lifted a quote from Picasso back in the mid-90s when he began saying that good artists copy and great artists steal. He also acknowledged that Apple has always been shameless about stealing great ideas. As Apple's success grew, they also became pretty shameless about filing suits and alleging patent infringement,1 but does anyone really doubt that an essential element of Apple innovation remains imitation—coupled with improvement?

In a recent Forbes interview with Ohio State business professor Oded Shenkar, author of the book, Copycats: How Smart Companies Use Imitation To Gain a Strategic Edge, Shenkar claims that the United States has focused on innovation to such a degree that we've largely lost the skill of imitation, while the Chinese have honed it. To be successful, Shenkar says, you need to do both: be an imovator. (Please tell us that imovating doesn't require thinking of any more cheesy invented terms for obvious business concepts.)

If you haven't been to China lately, you're likely unaware of the shanzhai (translation: “bandit”) mobile phone industry. At first glance, they're knockoff copies of phones by Apple, Nokia, and the like. But spend some time on micgadget.com (M.I.C. stands for “made in China”) and other shanzhai websites, and you'll see innovative shanzhai phones that dance and project, plus gadgets that will make you wish you lived closer to the Great Wall.

There's a thin and portable triangular folded iPhone speaker, and a surprising number of different innovations (that last one's from Taiwan) for sliding out mobile phone screens, including one that appears modeled after a switchblade. I have to confess that the specs on most of these phones surpass my Kyocera, though with gray and black market phones there is always the risk of the odd exploding battery or high dose of radiation.

One way to distinguish Apple's iPhone from its many copied Chinese counterparts—apart from the sometimes humorous spellings of “iPhone”—is that the latter have highly localized applications and features. This is one missed opportunity for closed-source global technology companies and a brilliant innovation by the shanzhai industry.

There's also the Apple Peel, a hardware module created by a 22-year old Chinese man that transforms a (relatively) inexpensive iPod Touch into, for all intents and purposes, a functional iPhone. For $57 USD.

Those Chinese imovators (sorry, couldn't resist) are nothing if not rapid developers; the Apple Peel has already spawned a knockoff that some believe is superior.

The country's ingenuity extends way beyond mobile phones. If anyone can blow open the e-book market, it will certainly be the Chinese.

At this point, open source devotees are probably ready to hop on a plane to Chine, while Apple fanboys may frantically dialing Apple's IP attorneys. (Don't worry; they're on it.) But hold on: China actually does have intellectual property laws. And global companies (with lots of IP interests) are endlessly lobbying the Chinese government for more prosecution and tighter regulation.

The “problem” seems to be that Chinese entrepreneurs consider the laws more like suggestions, and Chinese officials have a bit of a soft spot for innovation and entrepreneurism. While knockoff phone producers are generally running afoul of the country's laws, the government mostly looks the other way. Many of the shanzhai developers have gone on to produce legitimate and innovative phones, both in China and abroad. With localized content, a constant stream of innovative features, often superior specs, and all at a price point suitable to the developing world, they certainly offer something that people can't get from Apple. And some of their designs should have Apple's team taking notes.

If you exclude the copying of trademarks and logos and just look at the actual technology, innovations, and design, China essentially represents a free and thriving market of open source goods. Some safety regulation and oversight of the shanzhai phones is certainly needed, but overall there is no doubt that both the shanzhai developers and the Chinese people benefit greatly from this open mashup of an industry.

In many ways, it's like the American fashion industry—full of outrageous concepts, profit for designers, and something for every taste and every budget. The highest-end designers in both industries may well suffer some profit loss from those who imitate them, but let's be honest. They're doing just fine. (And to be frank, they're also doing just as much imitating.)

If the United States wants a fighting chance to keep a place in the global consumer electronics industry, it's time to loosen up the legal reigns on intellectual property.

1 The last bit of former Sun CEO Jonathan Schwartz's post, about defensive patent portfolios, is painful to read in retrospect. Only a few months later, Oracle acquired Sun and its patent portfolio, and Oracle CEO Larry Ellison began using those same patents on the offense in a nose-thumbing gesture at the open source community.