Bob Young, founder of Red Hat and Lulu, on collaboration, innovation, and standing on the shoulders of giants | Opensource.com

Bob Young, founder of Red Hat and Lulu, on collaboration, innovation, and standing on the shoulders of giants 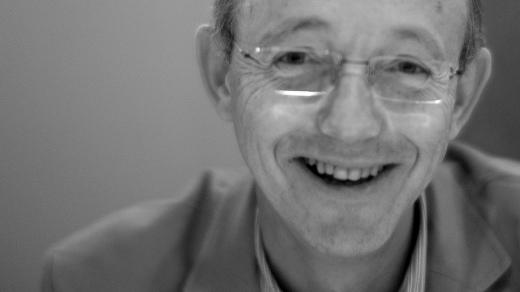 Bob Young knows about open source and innovation. He's co-founder and former CEO of Red Hat. Founder and CEO of Lulu. Co-founder of the Center for the Public Domain. Much of his life's endeavors have been built on innovation through collaboration. Earlier this year I saw that he was giving a talk titled, appropriately enough, "Collaborative Innovation" on the lessons he's learned from open source and community building. I asked if he'd bring those lessons to the opensource.com audience as well, and rather than edit down the stories he shared with me, I'd like to give them all to you in his words.

How it all began

My story starts with a theme that you know--the old adage that nothing is ever truly new. Everything is built on the past.

This was always my problem with the whole open source revolution--and in software it truly is a revolution, a change in thinking--when Mark and I started Red Hat, we spent time talking to all the software executives and trade show executives I could corner to pick their brains, because my background was in the hardware business, not the software business. To a man, every one of them said, "You can't do it. It won't work." They gave me flawless rationale--by their understanding of the business. It made me insecure. Every smart person I could find in the business could give me good reasons it wouldn't work.

My problem was that I'm an old typewriter salesperson. That was my first job out of college. And in sales, the one thing you're always looking for is a product for which there is demand, for which there is no competition. In other words, a hole in the marketplace. The one thing I couldn't get away from was that I could do something for my customers that IBM and Oracle and Microsoft and Sun Microsystems weren't prepared to do, which my customers told me was incredibly valuable: we could give them control over the technology they were using.

Filling that hole in the marketplace

In Sales 101, you learn it's about selling benefits and not features. The features of open source are source code and a license that allows you to modify it. But I'm an old typewriter salesman--I don't care about features. I care about benefits, and the benefit was the control.

When customers stuck with Red Hat, I asked them why--is it because we're better, faster, or cheaper? They would answer, "No. You're not better--they have more apps, and you're not faster. Their stuff is tuned for their hardware. You're a little cheaper, that's true. But it's none of those reasons. It's that when I use your stuff, and I run into an issue that I need to make changes to, with open source, I can just do it. If it's a worthwhile change, I can just send it to you, and I never see the problem again. When I talk to the others about the problem I'm having on their operating system, the cycle time is too slow." And what they were talking about is control over their technology.

Changing the industry to match society

That's where open source isn't that revolutionary. Most of our society works more like open source than it works like proprietary software. Only in proprietary software does the vendor get to hoard source code such that other users can't make changes to the product that he has spent tens of thousands of dollars to license to run his business on. And yet he's beholden to the vendor. It's more of a feudal model than a modern business model!

So when I talk about collaborative models, I look at our collaborative society. And I go, "That's how society works! We are collaborative!" We're innately collaborative. It's what Sir Isaac Newton articulated when someone said to him, "Sir Isaac, you're the smartest guy in Britain!" And he was a notoriously arrogant guy, so it's a very odd quote from him, but it was, "No, it's quite straightforward to see further when you have the opportunity to stand on the shoulders of giants." He was giving credit for what he did to all the great mathematicians he had the opportunity to learn from.

The reason I have an interest in seeing you walk safely is because by enabling you to walk safely, I walk safely. That's the collaborative nature of our society. It's the reason our laws have to be published in the open and the reason that we can read those laws or hire a lawyer to explain them is to enable us to work collaboratively. Our whole legal system is a collaborative model. Contracts are effectively all open source documents. Nobody has a copyright on that language around how a contract works.

And with the exception of the very narrow group of people who are your direct competitors, everyone else in the world is your friend for the purpose of collaboration.

Read part 2 of this interview, in which Young talks about Lulu, the publishing industry, and other industries that get collaboration right.