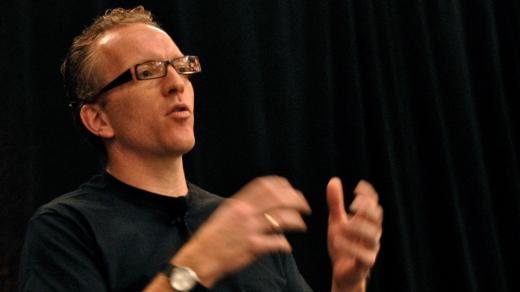 Dirk Hohndel is a hacker-turned-businessman, now Chief Linux and Open Source Technologist at Intel. At this year's Desktop Summit, Hohndel will give the opening keynote about the role that large companies play in open source, and how the open source community can work effectively with them.

Hohndel has been an active developer and contributor in the Linux space since its earliest days, and has worked professionally in the SuSE and XFree86 projects. Still an active contributor in many open source projects and organizations, Hohndel joined Intel in 2001.

William: How did you get where you are, and what do you do?

Dirk: I was one of the first kernel developers in 1991, and started with version 0.11 of Linux - before "Linux distributions" existed. Back then all you had was a boot floppy and a root floppy (I assume you remember a floppy disk)? From there I got involved in XFree86 and became a member of the XFree86 Core Team and actually ran the release process for a few years. In the mid 1990s, I got involved with SuSE in Germany (actually, with S.u.S.E. - I'm sure many Germans will appreciate the historical correctness). While serving as SuSE's CTO, I first got engaged with both GNOME and KDE.

William: Can you tell me about the Open Source Technology Center?

Dirk: The Open Source Technology Center (OTC) has a rather wide charter. Basically of course, we are doing much of the enabling of future Intel hardware (and software) innovations in Linux and other open source software based environments. But beyond that we work on a lot of interesting new technologies in open source. Examples include MeeGo or the Yocto Project. And there are many more projects that have been initiated by the OTC: PowerTop, LatencyTop, many other projects ranging from bootloader to client applications. Fundamentally we view ourselves as part of the larger open source community.

William: To what extent does an open source policy dictate the moves that a tech-giant company makes?

Dirk: Intel has established a strong set of open source policies that influence a lot of our actions. There are extensive reviews of all software that we create to ensure we follow the letter and spirit of the licenses of the projects that we engage with.

To take your question a little broader, in the OTC we believe that open source is an ideal way to foster innovation and to help create products in new and interesting markets - so for us open source is actually an enabler for our technologies. That is the primary reason why Intel is so engaged in Linux and many other open source projects.

William: What do you think consumers feel from a shift to open source?

Dirk: Consumers shouldn't need to know or care whether the product they are using is based on open source software or not. While a lot of the geeks think this is important or relevant, the majority of consumers would likely only be confused. I believe very few people ever worry about the OS running on their TV, their set top box, their music player or many of their other devices. Even on phones (where this does appear to matter to many people), the distinction tends to be about the ecosystem (iPhone vs. Android) and not about the development methodology.

I believe that consumers should feel the consequence of more open source software - in the sense that they see more innovation, better software, better ability to upgrade and modify software if they so choose. Those are qualities that are meaningful to consumers. The license used to create the software IMHO isn't.

William: What ideas/technology are you excited about right now?

Dirk: That's where I might run into issues of things that I can't disclose... there are a ton of technologies on Intel's hardware (and software) roadmaps that I'm excited about - but that I can't really say much about, yet.

What I can talk about are the projects that are bringing Linux into devices and into consumer's hands. 12 years ago at SuSE, I was hoping to get Linux to a point where it can compete on the desktop. We all know that this didn't really work out - but these days the desktop is only one of many ways consumers interact with technology; and many of these new devices are built on top of Linux. Whether that's a phone, a tablet, a netbook, a Smart TV, an infotainment system in a car - Linux and open source are everywhere. And to me that's very exciting.

William: Do you have any heros?

Dirk: I'm a bit uncomfortable with the question. Calling someone a hero implies an endorsement of all their actions. Linus is a hero to many - but in reality he is not without flaws (he's one of my best friends and won't be surprised to hear this). And the same is true to different degrees with anyone I could think of. So I guess I just don't like the idea of glorifying people on some singular achievements - humans are bigger than that.

William: Aliens vs humans - whose technology is better?

Dirk: The instinctive answer is alien technology: Wormhole drive. Romulan cloaking device. Awesome stuff that I'd love to have.

But the more I think about it - alien technology has pretty much stalled over the past 25 years; very little innovation. Compare that to human technology that has advanced in leaps and bounds. So I think I'll have to go with human technology as the winner. :-)

You can see Dirk present the Desktop Summit's opening keynote speech on Saturday, August 6 at 10:20.

williamfromtexas - An anthropologist by training, William is currently a junior web and editing professional. He is interested in information and technology as it relates with geographic dispersion.
More about me