Tension between innovation and optimization

Optimization, with its Lean Sig Sigma standard-bearer, has always been the objective of management for the industrial era, designed to control variability and increase productivity.

In the information age, with the pace of change accelerating, innovation commercialization will be equally as critical to a firm's ongoing viability.

Turning novel ideas into profits will require experimentation, a tolerance for risk and a high valuation of learning even at the expense of some failure. How will business leaders manage these trade-offs and the inherent tension between the need to optimize current operations and innovate for the future?

In 1999, John Hagel and Marc Singer wrote about "unbundling the corporation." In that article, the authors identified three types of businesses, each with distinct economic and cultural imperatives: a customer relationship business, a product innovation business, and an infrastructure business. The premise was that interaction costs (what Clay Shirky might call the cost of coordinated action) determined what activities were kept internal to an organization and what activities external, despite the inherent tension in the 3 business types. The argument asserted that it was now possible, and indeed better, to unbundle these 3 business and form separate but affiliated organizations.

Since the original writing, technology—particularly social media and mobile technology—has brought down costs still further, in many cases rendering traditional notions of the organization are obsolete. Organizations can now be much more open and transparent, porous and networked, and flat and meritocratic.

Traditional management evolved for the industrial era—to coordinate train arrivals and organize factories. It values productivity and predicability, but more is required of management to compete in this new era. The world is changing too quickly, spurred on by technological advancement and social trends. Too much focus on optimization can lead to an impairing attachment to the status quo.

Firms have to operate with the active detachment of a Buddhist monk—running the current business to realize a return on investments while still exploring and experimenting with new businesses, even ones that could cannibalize existing revenues. If a firm is not ready to disrupt itself, another outside firm will be. Kaizen is only incremental change, but the new era calls for pioneering change.

Similar to what Hagel and Singer described, there is a tension between the economic and cultural imperatives of optimizing for today and innovating for tomorrow. How do managers balance the two? How can they overcome the organizational inertia that stubbornly resists change? Do firms need to be "unbundled" further for investing in future growth? What changes need to be made to organization design and incentive structures to allow both innovation and optimization to co-exist at the same company? Can managers be a champion of both or do they have to choose a path? How should firms set priorities between the two sets of imperatives, and what are the implications for budgets and planning?

Kodak went bankrupt after over 130 years, but not because the company failed to innovate. It owned over 1,000 digital imaging patents, part of a portfolio valued in the billions of dollars, but the company failed to realize any commercial gains from its innovations. The company was too focused on trying to save its film business.

Xerox PARC is legendary for producing all sorts of valuable technologes, including Ethernet and the graphical user interface, but Xerox never captured any of their commercial value (among others, Apple did!). The company was too focused on copiers.

Some have even attributed an apparent decline in the innovativeness at 3M to James McNerney's Six Sigma invasion.

In an environment of great uncertainty and accelerating change, innovation commercialization—turning good, novel ideas into real profits—is essential to growth and continued relevance.

To quote Tamara St. Claire from PARC in a December 2011 MIT Technology Review article, "You learn early on that execution is often the hard part—execution and timing... You almost have to be as innovative in the commercialization—especially when you have game-changing technologies—as on the technology side."

Sometimes that means tossing out the old ways of doing business and replacing them with something new.

What to read next
Tags
Business
Ben Biddle 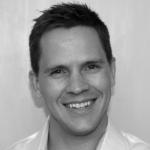 Ben is a Principal consultant focused on business model innovation and social enterprise technologies at the Strategy Consulting Practice of Infosys Consulting (now Infosys Ltd.). Wanderer and wonderer looking to use disruptive innovation for social change and better business and passionate about music and travel, welcoming the opportunity to make either a larger part of my life's work.
More about me