Word on the street is, Drupal is hiring. Well, Drupal shops to be exact. But the lack of experienced Drupal developers and themers is hurting the ecosystem.

Chances are, you've recently visited a website running Drupal. (This is one of them.) How many projects out there want to be using Drupal but don't have the in-house talent? Or they've contacted a Drupal shop and found out they're all booked up with other projects for the next for weeks and even months!

We decided to ask Doug Vann, a training consultant in the Drupal community about what's holding back mainstream Drupal adoption—as well as some other intriguing questions. Vann has been training individuals and organizations on how to harness the tremendous power of Drupal. He also attends various Drupal events regularly. Let's see what Vann has to say.

How did you get involved in Drupal? 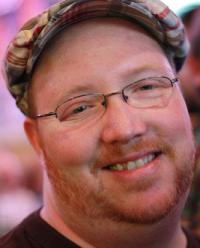 I was working on a heavily Venture Capital funded social network site. The VC was paying a .NET shop to build a tremendous volume of custom functionality. It was brutal. Whenever we asked for something they didn't offer, they would slowly build it at a huge cost, then they would turn around and make this new functionality part of their service offerings. We were personally funding their R&D department and it was taking forever. I was actually a Joomla guy at the time and I was trying to get this project out of .NET and onto Joomla (Joomla1.5rc2 at the time). I actually won that battle and we began to solicit individuals and shops to put together an impressive team to build this out—fast. We had already wasted over a year and $1M on this project!

While I was posting ads on JoomLancer, Guru, and other sites, I attracted a lot of attention with my huge, flowing bulleted lists of ALL the functionality we wanted to build. We could afford it and we were going to build it! It was at this time that a shop called me up at the office and stated that they use Drupal. I somehow had the mistaken idea that Drupal was an old forgotten fork of Mambo before it became Joomla. Where did I get that idea? I have NO IDEA! LOL Anyway... This shop tells me that they have seen all my huge, flowing bulleted lists and that much of what I was asking for was available right out of the box in Drupal.

Long story short, 7 days later they showed us a quick prototype that they had whipped up in Drupal 5. OMG! Me and the team were blown away! Indeed, much of what we wanted was actually right out of the box in Drupal 5. We launched our site 70 days later and it didn't cost another $1M to do it!

We really need more, talented players in the Drupal-sphere. Right now we have projects that are not starting because organizations are putting out RFPs but not getting back the qualified results they require. We have shops turning down work because there's not enough talent in-house and not enough of a talent pool to feed the shops. How many sites have wanted to be built in Drupal but were unable to find the talent and unwilling to wait? It happens WAY too often. The Drupal community is leaving money on the table and the part of the solution is to reach college students, fresh graduates, and people willing to move their C++, Java, or RoR, etc. skills to Drupal.

What role do you play in the Drupal community?

As I mentioned... qualified, skilled Drupalers are hard to find. This is where my training business via Synaptic Blue Inc. really scratches an itch. I provide a variety of fee-based and free public trainings at DrupalCons, DrupalCamps, LinuxFests, and anywhere else people want Drupal training. Here, people show up who desperately want to understand how Drupal works and how to make it work for them. Some just want to launch a site for fun or profit, others want to make a career out of this and they know they need the skills.

In addition to the public trainings, I am often asked to visit onsite with organizations to increase their internal knowledge base of Drupal. I've done this for NASA, The NY Attorney General's Office, Highlights Magazine for Children (Fun with a purpose!), the U.S. Federal Court, and quite a few major universities and colleges as well as other organizations.

What's the best part of the Drupal Community?

The "Community" is the best part of the community! LOL What do I mean by that... hmmmm... The people are the community. They gather in local groups, shops, or regions, but at the heart of it all, the community is comprised of individuals. These individuals put in tireless hours to make the core better, firming up contributed modules or documentation. Some speak eloquently at events, some write books, some organize events. It is this highly productive group of individuals that make Drupal the powerful, sought after solution that it is and forever will be!

You'll be attending a few upcoming events. Tell us where you'll be and what you'll be doing.

My next gig is DrupalCamp Atlanta. This is one I have never missed since I attended the first one in 2009. That was my fourth camp ever. Now DrupalCamp Atlanta 2012 will be my twenty-eigth! This camp is unique in that the organizer, David Terry, and his MediaCurrent crew put on one heck of a professional camp. Many camps feel like casual get-togethers and that's great, but I always come to Atlanta looking sharp and expecting to do business. In fact, this is the second year they are offering a Business Summit. The Drupal Business Summit was perfected in Atlanta last year. It brings a much needed business focus to the workings of Drupal, while also providing a day long event for the suits to attend. The value is amazing and evident by the fact that other camps are trying to emulate it.

After Atlanta is BADCamp or Bay Area DrupalCamp—early November in San Francisco at U.C. Berkeley. This will again be the largest one with upwards of 2000 people. After that DrupalCamp Ohio is in December. That will round me out with 30 camps in 48 months!

What to read next
Tags
Drupal
Jason Hibbets