There is no doubt that there is tremendous goodwill, not to mention countless exciting experiments, when it comes to making the world of work more deeply human—designed to promote more freedom, equity, and engagement, and passion. Why, then, can those words sound so cheap and drained of their juice when we hear them repeated over and over by leaders of all stripes? Probably because they’re spoken so much more often than they’re ever enacted.

That’s why it’s so very refreshing to spend time with a leader who is relentlessly inventive and impressively effective as a champion of the fullest expression of humanity at work. We aim too low, says Ricardo Semler, the irrepressible force behind Brazil’s Semco Group. “We constantly talk about passion—serving customers passionately, filling in forms passionately—but what if we created the conditions for people to feel exhilaration, to get involved to the point they shout ‘yes!’ and give each other high fives because they did if their way and it worked?” What if, instead of assuming passion will just show up when we invoke it, we focused on designing organizations to unleash human flourishing?

For the last thirty years, Semco has operated as a kind of lab for experimenting on what it takes to build working lives characterized by exhilaration and fulfillment. From its founding as a manufacturer of centrifuges for the vegetable oils industry, Semco has grown into a collection of companies—from real estate to inventory services to industrial equipment and document management—held together less by what business they are in than how they go about their business.

Since the mid-80s when Semler arrived on the scene, that has meant an ever-evolving experiment in upending the organizational status quo: no organizational chart, no fixed offices or working hours, no fixed CEO, no HR department, no five-year plan (or two- or one-year-plan), no job descriptions or permanent positions, no approvals necessary—and an endless array of clever practices and initiatives to increase individual autonomy and agency, participation at every level, trust, and informality.

The result? Market success—Semco is private but Semler reports average annual revenue growth at 40% and profitability. But probably just as telling is the human impact—careers and talents unleashed. Leaders from all over the world have flocked to Semco’s door for the past twenty years to learn from its unconventional approach (nearly 80 universities have published Semco case studies and Semler’s own book, Maverick, has sold over a million copies).

I caught up with Semler during his three month sojourn with his family at his beach house in northwestern Brazil (appropriate for a man whose second book is titled “The Seven-Day Weekend”). One of Semler’s more recent leadership innovations has been to kick himself out of the day-to-day management of Semco in order to focus on an array of pursuits including reinventing primary education and disrupting the legal industry with a 21st-century take on legal services. We talked to the sound of jungle birds and waves (alas, via Skype, not in person) and he unpacked some lessons learned when it comes to turning work into what he calls “a seven-day weekend of fulfillment.”

The “seven-day weekend” isn’t an invitation to an elaborate game of hooky. Rather, it’s about creating an environment that encourages “employees to be men and women in full for seven days a week,” says Semler.

For all of the good intentions and energy applied these days to re-thinking the five-day, nine-to-five grind, all too often the quest for work-life balance, flexibility, and “empowerment” results in more programs, policies, rules, top-heavy design. At Semco, the two ruling assumptions are: 1) “trust in adult behavior”—the basic human drive to be productive, to build toward the future, and to contribute to something larger than themselves, and 2) every person’s rhythm’s are different when it comes to when and where and how they do their best work.

Whether that means the young, high-flying founder of Semco’s high-tech ventures unit works twelve-plus hour days but also finds time for regular lunches with his girlfriend and intense spectatorship of every tennis tournament, or a shop floor manager who takes off the day before a new project launch to spend time in reflection at home, “we want people to work on a structure of their own,” says Semler. “You don’t have to show up at a certain time, and you can change your pattern at anytime. We don’t want to see you at the office—we don’t even have a head office. The day that we measured people by time clocked is long gone. What make sense now is to set up a few parameters for what we’re expecting from you and vice versa. We don’t want to know when or how you’re working, but if you’re fulfilling your commitment.”

There are no rules when it comes to finding balance. What Semler is after is that uniquely human equilibrium that comes from the right mix of challenging, meaningful work and truly rejuvenating pursuits (as opposed to enervating leisure). That’s the best ground for producing life’s true highs—the exhilaration Semler argues is the whole point of the exercise.

All of Semco’s experiments are geared toward “returning control to our people over a very important piece of real estate—their destiny,” says Semler. He and his colleague are ruthless when it comes to clearing people’s paths of the “waste and distraction in all the logistics, the getting around, the sitting in meetings, and the overhead that defines ‘normal’ work.”

Semco’s experiments in cutting out the bureaucratic clutter include “Up’n’Down Pay” (an adaptable system of flexible pay and work hours to accommodate different stages and circumstance in an employee’s life supported by an active database of job-sharing and –switching candidates), “Rush Hour MBA” (a program that uses two hours of high-traffic commuting time into a volunteer-led study session), and “Retire-a-Little,” (a radical design for rethinking the traditional career by building retirement into work and work into retirement with a clever exchange of time off for life pursuits mid-career for the opportunity to do some meaningful work in later years).

But Semler isn’t simply interested in generating freedom from the constraints of the time clock, the cube, and bureaucratic policies—he’s intent on cultivating the freedom to discover your destiny. That’s why Semco welcomes “trespassers” (individuals, from interns and assistants to heads of businesses to check out meetings and projects as far afield as they fancy) and promotes a “ramble when bored” approach (a very loose and self-directed job-rotation program). “Interests tend to be cyclical,” says Semler. “If people are moving around following their internal radar, they’ll dip into their reservoir of talent and develop independence.”

Now, all of this freedom doesn’t mean life at Semco is chaos. There’s a crucial regulatory mechanism. Your cohort of colleagues (the eight to ten to twelve people you work most closely with at any given point) decides whether to include you in the next six-month budget or not. That’s it. “You could have met your targets but still, six out of eight people you work with might not put you on the list as a person they need in the next six months. Then you’re in trouble,” says Semler. It’s admittedly unscientific, but brutally effective. “It’s much easier convincing a boss or shareholders, but getting included constantly every six months as someone everyone wants to work with is much tougher.”

Always ask “Why?”—and then ask it again, and again

If Semco has any signal strategy, it’s to simply ask “Why?” Semler calls it the “Three Whys.” In just about any situation, “we simply ask ‘Why?’ three times in a row. ‘Why do you do things the way you do? Why is it important for people to come in at the same time? Why is it important for meetings to happen in a certain way?’ You keep asking why and you generally get to the answer, ‘it is what it is.’ And when people realize they’re stuck in a mode they really can’t explain, this works wonders in breaking down resistance and opening up new possibilities.”

It also works wonders in that dreaded and inescapable ritual of working life, the meeting. At Semco, all meetings start by asking “why we agreed to what we agreed to last time,” says Semler. “We don’t have minutes. We just start by recounting what we decided and why—and depending who’s in the room, sometimes the whole thing falls apart. And sometimes we all nod and agree and move on. But we never move on just because a meeting or minutes indicate we should.”

Semler admits “it’s not very comfortable for anyone.” But that’s exactly the point. When people are not only free, but actively encouraged, to question, to get up and leave a meeting that bores them, to bop into a meeting that interests them, and to push back on previous conclusions, you actually have a chance to get to the heart of the matter, to escape ruts, and to do something that’s worth doing. That’s the spirit of Semco’s regular “Are You Nuts?” meetings, where only the most outlandish ideas are seriously considered.

What are you doing to make your business just a little nuttier? How are you pushing yourself and your people out of the inevitable ruts? Share your stories in the comments.

What to read next
Tags
Business
Polly LaBarre 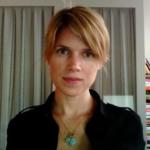 Polly LaBarre is the editorial director of the MIX (Management Innovation eXchange), a pioneering open innovation project dedicated to reinventing management for the 21st century.
More about me