It takes 20 years to become an overnight success.

This week we release the Express and Community Editions of eXo Platform 4.0: The Open Source Enterprise Social Platform.

For me, the eXo adventure started almost 10 years ago when I coded the first JSR 168-compatible Portlet Container (here's hoping 10 years works the same way Eddie Cantor had in mind). At the time, our first customer, the US Joint Forces Command (part of the Department of Defense) pushed us to create a company to help them build their content collaboration system during the Iraq war.

I didn’t really understand why they did so, but I was grateful that they trusted a small French company with such an important program. Now that I live in San Francisco, I better understand American pragmatism: we were simply the best option for them (both from a technical and price standpoint), so they gave us a chance... and we took it.

During the first seven years, we bootstrapped the company and grew it from two to 150 employees. It may sound easy, but bootstrapping a company is complicated; it requires a lot of energy and persistence. The main issue is that short-term (mainly cash) needs are a distraction that slows your growth. In our case, we spent way too much time building unique solutions for our customers that were difficult to maintain and upgrade. Don’t get me wrong: a service delivery team is key for a software vendor, but it has to be built to only help partners configure, customize, and extend the product you ship.

Portal partnership: funding and scaling up the operations

In 2009, after an OEM contract with Red Hat (their portal technology is based on eXo code), I decided to move to San Francisco and to involve some key advisors like Bob Bickel, Sacha Labourey, and Edwin Khodabakchian. We quickly realized that our model had its limits, and that we couldn’t scale any more.

First, the onboarding mechanism (from the installation to the first proof of concept) was too complicated. Second, our pure indirect sales model (through SI and OEMs) made it difficult to forecast our growth and manage the sales cycles pace. To resolve these issues and move the company to the next stage, we finally raised $6 million USD in 2010. The good part about having bootstrapped the company is that you end up with less dilution and more control.

Since then, our main focus has been on working night and day on a version of the platform that we would scale far beyond what we ever did. The last seven months have been epic, probably the most intense we’ve ever had, with both the Codenvy spin-off and the eXo Platform 4.0 launch. And, now, it is a full-featured social intranet and fantastic open source project.

Adapted from the eXo blog. Reposted under Creative Commons.

What to read next
Tags
Business
Benjamin Mestrallet 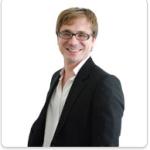 Benjamin Mestrallet is Chief Executive Officer of eXo, a company he founded just out of university to serve its first customer, the U.S. Department of Defense. With eXo's recent expansion to North America, Benjamin now oversees the Company's growth, marketing and sales strategy from San Francisco.
More about me