No one was harmed in the making of this device

With the volcanic rise of the Android OS, smartphones are becoming predominantly open devices. Millions of people are happily walking around with Linux in their pockets and they don’t even know it. Nor should they have to; your average consumer will not choose a smartphone based on its open operating system. If sales are any indication, it’s no longer an uphill battle for open source on smartphones.

Sure, we need a wider selection of operating systems, and it’s coming. Sure, the definition of open should keep being challenged and pushed to new extremes, and it’s happening. Let’s be honest: consumers have it pretty darn great. Open software and hardware adds a lot of value for geeks, and in the long term it benefits consumers at large. That’s got the consumers’ best interests covered—so, who’s left? The real makers, that’s who. The next frontier of open isn’t about the end-users.

These wonderfully liberal smartphones, these hackable tiny computers, this new DIY culture of makers—dig a little deeper and you’ll see that their supposed transparency only consists of so many layers until it gets murky. Before you’ve put Piece A and Piece B together and proclaimed yourself a hacker, remember that someone made those pieces. Materials had to be excavated, refined, assembled, and transported across the globe in order for you to get your hands on them. And in the sum of all those processes and transactions, someone got the raw end of the deal, and it wasn’t you.

One component is missing in the holy trinity of openness. Open source operating systems are bum rushing the market, and hackable hardware has become a viable selling point. The remaining piece is open supply chains. The best part is, I don’t even need to write a "here’s what we should do" section, because FairPhone went and did it already.

With its Android-powered flagship phone, the team behind FairPhone is taking openness that crucial step further, making it not just about technology, but people as well. They are going to great lengths to ensure that the device you buy caused no harm to any one or any thing (including the environment) involved in its making. They also enforce fair compensation, aka fair trade, which in this humble writer’s opinion is the single most efficient way to spur economic growth in developing countries, in stark contrast to foreign aid.

If I managed to tickle your conscience-bone ever so gently, go have a look at FairPhone to learn more about how they are pushing the envelope of open business practices.

Fairphone: Buy a phone, start a movement from Fairphone on Vimeo.

What to read next
Tags
Business
Erlend Sogge Heggen 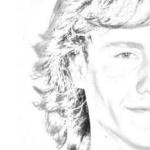 I'm an aspiring game developer, recently graduated from Vancouver Film School's 'Game Design' program. The bulk of my spare time is spent working as a manager with the jMonkeyEngine project, a cross-platform 3D game engine.
More about me