What open source .NET means for the community 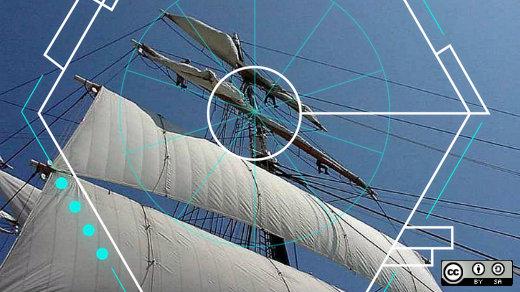 Last Wednesday Microsoft announced they are transitioning the server side of their .NET platform to open source. As stated on their website:

Microsoft is providing the full .NET server stack in open source, including ASP.NET, the .NET compiler, the .NET Core Runtime, Framework and Libraries, enabling developers to build with .NET across Windows, Mac or Linux.

One can think of .NET as a technology platform similar to Java. It provides support for networking, web applications, and graphical user interfaces. Both .NET and Java provide a virtual machine where one can execute applications. Typically on .NET, these applications will be written in the C# programming language to run on top of the virtual machine. Until now, .NET has only run on the Microsoft Windows operating system.

Since 2004, the mono project has provided an open source re-implementation of the .NET platform, which is commonly used under Linux. Migel de Icaza, founder of the mono project and CTO of Xamarin, the company that provides commercial support for mono, joined Microsoft executives on the stage at the Connect(); event last week for the open source .NET announcement.

Xamarin celebrated the news on their blog, and Migel de Icaza elaborated further in a personl blog post:

With the Mono project, we have spent 14 years working on open source .NET. Having Microsoft release .NET and issue a patent covenant will ensure that we can all cooperate and build a more vibrant, richer, and larger .NET community.

See the patent covenant for yourself.

What was made open source?

Several layers of the server side stack of .NET were made available under open source licenses. More specifically, the C# compiler Roslyn, was made open source by Microsoft earlier this year, under the Apache 2.0 License. The source code of Roslyn can be downloaded from codeplex, and guidelines on how to participate and contribute were made available.

The .NET Core 5 is a modular development stack that is the foundation for all future .NET platforms. It was made available under the MIT license. The current partial release includes libraries providing support for: Immutable Containers, Metadata Reader, SIMD vector types, and XML management.

At this point, the code that will allow .NET to run on Linux and iOS has not been built yet. It is expected that we will see this code in the next few months.

The importance of community

Microsoft has plans to work with developers in the community, including the mono community, to bring the .NET platform to both Linux and Mac OS. The importance of embracing community contributions was one of the key discussion points in Microsoft's preparations in going open source with the server side of .NET.

This somewhat surprising move by Microsoft is a win for all involved. It means that the communities of .NET and mono developers can now work together in a unified pool where more tools and resources become available to them. It simultaneously provides all these developers with a wider set of platforms on which to deploy their applications, including Mac OS, Linux, iOS, and Android. A clear win for Linux adopters is the upcoming influx of .NET applications that can now be ported and deployed there, along with a large number of .NET developers who can maintain these applications... and bring new ones to light.

In order to support the open source community around .NET, Microsoft spawned the .NET Foundation. They have an organization portal on GitHub, where the source code of the .NET core libraries is being published under the MIT License.

The .NET foundation goal is to foster open development and collaboration. It also...

...serves as a forum for commercial and community developers alike to strengthen the future of the .NET ecosystem by promoting openness, community participation and rapid innovation.

Along with these announcements, Soma Somasegar, the Corporate Vice President of the Developer Division at Microsoft, made statements of insight. In particular, he commented that the work for making .NET open source began about three years ago.

Another great comment about this news came from Jim Zemlin, the executive director of the Linux Foundation, on his blog:

[Microsoft’s] participation in these efforts underscores the fact that nothing has changed more in the last couple of decades than how software is fundamentally built. Today most software is built collaboratively. The very nature of open source development is to accelerate technology, which is why competition today is so fierce and things move faster than ever before.

Bryan Behrenshausen on 19 Nov 2014 Permalink
This is a very helpful overview, Luis. Thanks so much for writing it.

Luis Ibanez on 19 Nov 2014 Permalink
Thanks Bryan, It was very interesting to cover this event. It shows how open source, with its communities, agility and open development model, has become an integral part of the way we build and maintain software.

Just the other day there was a "tech fair" at Marlins Stadium. Microsoft and Citrix and others had tables. I told the Microsoft lady that Microsoft would eventually have to go all Open Source, something I've said for nearly 10 years now.

And Luis, you may or may not realize it, but Open Source is a Trojan Horse for freedom in general, along with some other tendencies. It inspired the "Creative Commons", fits Intellectual Property attorney Stephen Kinsella's ideas about copyright and patent (kill all the laws as incompatible with the natural human right to live free of coercion).

Microsoft will eventually go open source because Linux and the web are making the OS irrelevant. I can do all of my daily tasks on either OS, and with Steam coming to Linux someday I will not need to use Microsoft for any of my games.

Appreciating the commitment you put into your website and detailed information you present. It’s great to come across a blog every once in a while that isn’t the same out of date rehashed material. Fantastic read! I’ve saved your site and I’m adding your RSS feeds to my website.