Before you initiate a docker pull

In addition to the general challenges that are inherent to isolating containers, Docker brings with it an entirely new attack surface in the form of its automated fetching and installation mechanism, "docker pull." It may be counter-intuitive, but "docker pull" both fetches and unpacks a container image in one step. There is no verification step and, surprisingly, malformed packages can compromise a system even if the container itself is never run. Many of the CVE’s issues against Docker have been related to packaging that can lead to install-time compromise and/or issues with the Docker registry.

One now resolved way such malicious issues could compromise a system was by a simple path traversal during the unpack step. By simply using a tarball’s capacity to unpack to paths such as "../../../," malicious images were able to override any part of a host file system they desired.

Thus, one of the most important ways you can protect yourself when using Docker images is to make sure you only use content from a source you trust and to separate the download and unpack/install steps. The easiest way to do this is simply to not use "docker pull" command. Instead, download your Docker images over a secure channel from a trusted source and then use the "docker load" command. Most image providers also serve images directly over a secure, or at least verifiable, connection. For example, Red Hat provides an SSL-accessible "container images." Fedora also provides Docker images with each release as well.

While Fedora does not provide SSL with all mirrors, it does provide a signed checksum of the Docker image that can be used to verify it before you use "docker load."

Since "docker pull" automatically unpacks images and this unpacking process itself is often compromised, it is possible that typos can lead to system compromises (e.g. a malicious "rel" image downloaded and unpacked when you intended “rhel”). This typo problem can also occur in Dockerfiles. One way to protect yourself is to prevent accidental access to index.docker.io at the firewall-level or by adding the following /etc/hosts entry:

This will cause such mistakes to timeout instead of potentially downloading unwanted images. You can still use “docker pull” for private repositories by explicitly providing the registry:

And you can use a similar syntax in Dockerfiles:

Docker is an amazing technology, but it is neither a security nor interoperability panacea. Images still need to come from sources that certify their security, level-of-support, and compatibility. 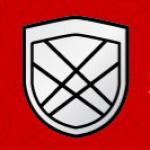 The Security Blog showcases what Red Hat is doing about security. Red Hat has a diverse portfolio of security talent and technologies and has been a leader in the open source security space for a very long time. This blog will highlight some of the things Red Hat has done in the past as well as what’s coming in the future.
More about me