The next open source frontier is the farm

Earlier this summer I visited Funny Girl Farm, a beautiful and productive example of sustainable agriculture in Durham, North Carolina. Founded in 2012, Funny Girl Farm is now producing and selling fresh vegetables, delicious fruit, cut flowers, seasonal mushrooms, and lots of eggs. It is strategically located at the intersection of two major roads between Durham and Chapel Hill, and the roadside farm stand does a brisk business from 3pm-6pm every weekday and 10am-3pm on Saturdays.

Farmers Ethan Lowenthal and Melissa Rosenberg have done a phenomenal job of reading the land and organizing the farm so that every row, every planting benefits the farm, both economically and environmentally. Owner Adam Abram helps by tilting the field in their favor—literally. Using heavy equipment, he has subtly changed the topography of the farm so that when the rains come, the water is a welcome friend rather than a ruthless foe. In every visible way, this small, young farm is a thriving success. But Ethan and Melissa will tell you that they could be growing and doing so much more but for the fact that the costs (mostly related to labor) make it uneconomical to do so.

Industrial agriculture solves the problem of labor costs with Terminator-like efficiencies. Gigantic machines operating on enormous fields have driven the cost of planting and harvest to almost nothing. Bio-technologies have similarly driven the labor cost of pest and weed management to almost nothing as well. And chemical fertilizers have made it possible to grow crops at rates that not even the best soils in the world could support naturally. As Michael Pollan explains in The Omnivore's Dilemma, these mechanical, biological, chemical, and industrial technologies don't come free, or even cheap, but they do replace labor, and they do dramatically cut costs, at least when counting calories produced per dollar of input. Industrial agriculture is so efficient that we can afford to feed more than 80% of what we grow to animals, we can afford to throw 50% of what we grow for humans directly into the trash, and we still consume more calories than our bodies can heathfully metabolize.

But, not all of this is good news. As a reported by Cornell University in 1997: "90 percent of U.S. cropland is losing soil—to wind and water erosion—at 13 times above the sustainable rate. Soil loss is most severe in some of the richest farming areas; Iowa loses topsoil at 30 times the rate of soil formation. Iowa has lost one-half its topsoil in only 150 years of farming—soil that took thousands of years to form." Earlier this year Mother Jones reports that the problem has gone from bad to worse. And it's not only our farmland that is suffering: midwestern agricultural runoff has created a dead zone in the Gulf of Mexico expanding over 5,000 square miles.

Are we truly forced to choose between better and faster/cheaper? Rory Aronson's TEDx UCLA talk begins by introducing these two agricultural paradigms, and then proposes that there is a third way ready to be developed and implemented. The sustainable agriculture community has developed incredibly strong science showing that agricultural productivity and environmental health need not be a zero-sum game. The industrial agricultural community has recently developed large-scale precision agriculture techniques that can reduce herbicide and pesticide use by 50%-90%, fertilizer use by 25%-40%, water use by 15%-40%. By scaling precision agriculture technologies to smaller sustainable agriculture systems, it should be possible to make many more crops and growing systems economically feasible without compromising environmental health and sustainabilty. This could mean more locally grown, organic food grown profitably in more communities and accessible to more people at lower cost—a huge win for small farmers. And it could mean that change is possible in large-scale farm management practices as well.

Industrial agriculture evolved around the assumption that total uniformity was the key to efficiency. What if large-scale processes could tolerate medium-scale diversity, restoring the benefits of ecological diversity to improve farm health?

The key enabling technology is the FarmBot, a universal agricultural tool based on 3D printing technologies running open source software. While the plans are very much at the prototyping stages, the underlying ideas are based on very solid track records. The key to FarmBot's success will be the organic growth of a strong development community and a healthy, diverse user community.

Looking at the challenges—and opportunities—of FarmBot, I'm reminded a bit of the factors that played into the origin of the world's first open source company, Cygnus. That history traces back to 1987, the year that Richard Stallman released version 1.0 of the GNU C compiler. At that time, compiler ports cost millions of dollars and took years to deliver. I was very interested in writing compilers, but I saw no prospect for doing so because (1) there were very few compiler companies in the world, and (2) they employed a very small number of people—most of whom were famous for having written the few compilers I'd ever heard of. Who would hire somebody with no commercial compiler experience to work on something so rare and valuable?

The GNU C compiler came onto the scene supporting the two major computer systems found in computer science programs at the time: the venerable DEC VAX and the Sun3 workstation. Both these machines ran UNIX, an operating system that came with a C compiler already installed, so at first blush the GNU C compiler offered nothing new except the fact that one could read, modify, and share the 110,000 source lines of code that made it work. Nevertheless, I decided to take the challenge of porting the compiler to a new machine, and to my great surprise I was able to do in two weeks what the industry might need two years to do. I realized that this was more than just a competitive advantage: whenever there's an order of magnitude change in time or cost, whole new markets can open up that were economically infeasible in the status quo.

The first question for the FarmBot project, therefore, is whether it can achieve some early wins and make some crops economically feasible that were not feasible before, but automating tasks that are simply too labor-intensive for humans to do.  If so, the next question is whether it can continue to scale and adapt to more and more crops, and more and more systems, until it becomes the new standard.

I do hope that a technology like FarmBot can help farmers like Ethan and Melissa bring more fresh produce to market. If you also have farmer friends, consider contributing to their Kickstarter campaign, join the team, and help plant the seeds of the future of open source farming!

What to read next
Tags
Business
Agriculture
Michael Tiemann 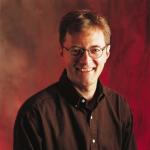