78% of companies say they run operations on open source

It’s been nine years since my firm, North Bridge, began our annual examination of trends in open source, which we conduct in conjunction with Black Duck Software. Each year the Future of Open Source Survey has revealed interesting developments related to both adoption and perception of open source. This year is no different.

The 2015 Future of Open Source Survey, which analyzed input from a record 1300 C-suite and senior IT professionals, tells us that we’ve reached a tipping point of sorts. Open source has reached unprecedented levels of pervasiveness. While once regarded as a novelty, open source has now become virtually ubiquitous in its adoption—with a whopping 78% of companies reporting that they run part or all of their operations on open source, and only 3% saying they don’t use it in any way.

That’s a remarkable increase in usage in a relatively short period of time. In fact, it’s doubled over the last five years, and has become a critical part of the way companies of all sizes work today.

Just for fun, I took a look at survey responses from 2007 to find that some actually labeled open source as a "gimmick," and a majority believed that a startup software vendor could ONLY be successful with a product/service that is NOT open source.

We’ve come a long way since then. It’s clear that open source has become the default base for software development, infiltrating almost every facet of the modern enterprise and outperforming proprietary packages on quality, cost, customization and security.

In the startup community, the most successful companies are those that are "open source-born." And at the same time, we’re seeing traditional IT leaders grafting open source DNA into their core, as they recognize the benefits of open source and the limitations of proprietary approaches.

Below is a sampling of findings from the survey:

The open source advantage is clear

For me, the most exciting part of this year’s survey is what it portends for the future. We are in the early stages of new technologies that have the potential to disrupt nearly every industry and change the way we work—namely the Internet of Things, big data, and cloud computing. With open source reaching new levels of pervasiveness, we will unlock the potential of these—and more—areas of technology growth. In so doing, we’ll see the creation of many billions of dollars in value.

What to read next
Tags
Business
Paul Santinelli 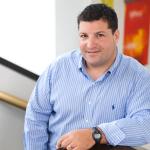 Paul Santinelli is General Partner at North Bridge, where he focuses on investments in open source, software, security, Internet applications and infrastructure & communications. Prior to North Bridge, Paul was the founder of an open source startup and held senior roles at Red Hat, IBM, Lotus Development and Compuware.
More about me