65% of companies are contributing to open source projects

This year marks the 10th annual Future of Open Source Survey to examine trends in open source, hosted by Black Duck and North Bridge. The big takeaway from the survey this year centers around the mainstream acceptance of open source today and how much has changed over the last decade.

The 2016 Future of Open Source Survey analyzed responses from nearly 3,400 professionals. Developers made their voices heard in the survey this year, comprising roughly 70% of the participants. The group that showed exponential growth were security professionals, whose participation increased by over 450%. Their participation shows the increasing interest in ensuring that the open source community pays attention to security issues in open source software and securing new technologies as they emerge.

Black Duck's Open Source Rookies of the Year awards identify some of these emerging technologies, like Docker and Kontena in containers. Containers themselves have seen huge growth this year–76% of respondents say their company has some plans to use containers. And an amazing 59% of respondents are already using containers in a variety of deployments, from development and testing to internal and external production environment. The developer community has embraced containers as a way to get their code out quickly and easily.

Highlights from the 2016 survey

The development of best-in-class open source security and management practices has not kept pace with growth in adoption. Despite a proliferation of expensive, high-profile open source breaches in recent years, the survey revealed that:

Open source participation on the rise

Black Duck and North Bridge learned a great deal this year about security, policy, business models and more from the survey, and we’re excited to share these findings. Thank you to our many collaborators and all the respondents for taking the time to take the survey. It’s been a great ten years, and I am happy that we can safely say that the future of open source is full of possibilities.

What to read next
Tags
Business
Haidee LeClair 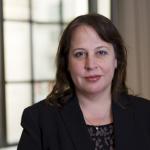