Back in 2009, our day-to-day life at Planio was writing software for clients. Client work is often fun, but there can also be a feeling that you're stuck on a hamster wheel of endlessly churning through projects, always looking for new customers.

We used Redmine, an open source project management tool built using the Ruby on Rails framework, to manage these projects. And then something curious started happening.

We'd wrap up a project and our client would come to us asking if we'd consider letting them keep the project management tool? After this happened a few times, we started wondering whether there was more to this. Notwithstanding Richard Stallman's slogan "Think free as in free speech, not free beer," it’s still a popular misconception that open source software and business don't mix. So, the question in the back of our minds was: "Would people see the value in outsourcing hosting Redmine to us?"

At the same time, open source projects are an example of a fit between what people want and a piece of software. It reduces the risk that we'd spend months building a product that people don't actually want to use, because people are currently using it! Our role would be to make Redmine even easier for people to use who don't necessarily want to become experts in administering Ruby on Rails apps. And so we decided to launch Planio, a developer-focused project management tool.

When we began, one of our biggest questions we had was whether we should take investment from venture capitalists or not. The advantage is a big lump of cash that you can pour into hiring people to work on the product and infrastructure and invest in sales and marketing. While it's a fairly typical route for many new software businesses to take, we decided on a different path because the benefits of venture capital also come with strings attached.

In return for the money, you often give up control over what you think a successful business needs to look like. A venture capitalist needs a 10-100X return within eight years, so growing steadily and sustainably might not be an option. In fact, the goal of venture capital is either to blow up a company for an IPO or an acquisition, or shut it down.

We decided to not pursue venture capital, which meant that we had to keep running the agency for two years as a means of keeping the offices warm and lit while simultaneously growing Planio. Software as a service companies grow notoriously slowly in terms of revenue, even if you're hitting the famous 10% month-over-month growth. 10% growth on 1,000 dollars of recurring revenue means an extra 100 dollars next month. It sounds great, but it's not even going to cover a seat in a coworking space.

Contributing back to the source

Planio's open source roots introduced some interesting challenges from a technical viewpoint. Open source contributors are constantly working on open source projects such as Redmine, adding in new features, fixing bugs, and refactoring code. At the same time, we were making similar changes to Planio, improving features and customizing certain features. We try to contribute as many of these improvements back to the Redmine project, but at the same time we don't control what gets accepted and what doesn't because we aren't the project maintainers. That means we have to maintain our version, a long-lived branch of the Redmine project. Keeping it compatible with Redmine, requires careful migrations and skillful use of Git.

The work has been worth it. Over the last couple of years we've grown from a handful of customers mainly based in Germany to 1,500 paying customers spread all over the globe. The Planio team itself has grown from one overworked founder to 10 people distributed across the world.

We can't wait to see how the Redmine project evolves over the next 10 years, and we're excited to contribute to making that happen.

What to read next
Tags
Business
Thomas Carney 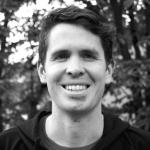 Thomas Carney writes about project management and productivity for Planio, a project management tool based on open source Redmine. When not on a computer, he's at CrossFit or trying to brew the perfect coffee with an Aeropress coffee maker.
More about me