Preventing break-ins on your Linux system

All too often we hear about breaches in security where usernames and passwords were obtained and published online. Most of the time, what's revealed is that most passwords are very simple or iterative of a previous version (e.g., 12345 followed by 123456 on the next change). Implementing password requirements can help keep weak passwords out of your environment. These forced changes have their pros and cons, but when it comes down to it there are still flaws in authentication.

Managing password and security related issues in Linux is important, but there are some simple steps you can take to make your system more secure. Here is a look at a few options to consider. Let's look first at managing those passwords and accounts and then move on to just how often people are trying to access those accounts. Lastly, we'll cover some of the things we can do to limit those attempts.

Changing a user's password using the passwd command is pretty straightforward, but there's a lot more it can do. Did you know you can also use it to lock and unlock an account? What about passing in a password via stdin?

When you work with passwords, both the /etc/passwd and /etc/shadow files are updated. The passwd file contains a lot of information, but ironically enough not the actual password hash. The hash is contained in the /etc/shadow file.

Why the /etc/shadow file?

In the early days, the hashed password was stored in the /etc/password file, but there was a problem—this file needed to be able to be read by everybody. Your password's hash being available to everybody is not a good thing. So the actual hash was moved to the /etc/shadow file, which is only readable by a privileged user.

How often are break-ins attempted?

Extra tip: The last and lastb commands write to the /var/log/wtmp and /var/log/btmp files, respectively. If you ever see these files zeroed out, you might have a problem.

What else can we do?

The first thing we can do is change the port that SSH listens on. This can mitigate some of the attempts, but there are also tools like nmap that can scan for open ports.

Firewalls (iptables, UFC, and firewalld) are great. Their goal is to limit access to SSH to a smaller set of servers. The drawback is that you can, at times, lock yourself out if your IP changes or if you are attempting to log in from a new place.

Knowing what we know from the lastb command, we can look to tools like Fail2Ban to automatically block IPs after a certain number of unsuccessful attempts.

I hope this helps give some insight into passwords on your server and some direction in limiting attack vectors. 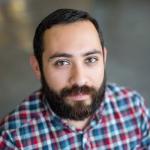 Alex Juarez is a Principal Engineer at Rackspace, touting 11 years with the company. Alex enjoys all things open-source as well as training and mentoring others, and is incredibly qualified to do so as an RHCA/RHCI. Alex has spoken at a number regional and nationwide open source conferences sharing knowledge and encouraging people to learn more.
More about me