Managing networks in a software-defined future

Most in our industry have heard dramatic descriptions of the ways that software-defined networking (SDN) is set to change IP networks. Monitoring and managing those networks is an essential function, but not a glamorous one. If it's part of your responsibilities, you may have given little thought to the impact SDN will have on your work.

People who make network management systems (NMS) are spending much of their time lately thinking about the subject. Academically speaking, SDN is primarily about separating the network's control plane from its data plane. Practically speaking, it's also about bringing flexibility and openness to a discipline long held back by a deficit of both. The open SDN movement as exemplified by OpenDaylight brings the best qualities of the open source way to the design, construction, and operation of networks, and management platforms must adapt accordingly.

A Brief History of NMS

Despite TCP/IP's open-standard nature, the network infrastructure devices of the 1980s and 1990s were completely proprietary. Early NMS platforms were equally closed, and tended to be extremely expensive, especially ones that addressed multiple FCAPS concerns. The major players eventually created and standardized the Simple Network Management Protocol (SNMP), enabling extensible management of heterogeneous networks. In the early 2000s, sysadmins and network operators began creating specialized home-grown tools to scratch their particular itches. Some of these early tools came to be released as open source projects; most were little more than engines that executed scripts on a schedule and processed their output to arrive at a ``red / green'' status.

OpenNMS entered the world in 2001 as the first true open source NMS platform, designed to address both fault and performance management. It brought a strong and consistent data model that reflected the design of networks at the time. Other open source (and open core) platforms have since arrived, helping push the standard forward through competitive pressure and open exchange of ideas.

Changing with the times

SDN represents a major rethink of how networks are done, with implications throughout the management stack. Technologies like SNMP, which have served so well in the past decades, struggle to model the complex relationships among entities in the SDN world. Some efforts exist to create an abstraction layer of sorts, simplifying these relationships to fit the way legacy systems work. Forward-thinking NMS platforms recognize this challenge and have begun embracing modern interfaces such as ReSTful APIs. As SDN hardware grows increasingly generic and interchangeable, with operators treating devices less like pets and more like cattle, management platforms also must cope seamlessly with inventory churn. The fabric-like nature of SDN deployments also necessitates an understanding of both the underlying physical devices and the logical overlay of the network seen by users.

Believing in the users

The new world of open, software-defined networking would not exist without the open source way of making and maintaining software. Consumers of these new technologies, increasingly grounded in that heritage, expect and demand infrastructure that provides the same freedom and flexibility. Don't they deserve the same attributes in the new generation of NMS platforms? It's up to project maintainers to continue working fully in the open, at the forefront of the SDN movement. This moment is our opportunity to overtake the proprietary vendors who would otherwise continue to dominate the market.

I will be giving a talk on this topic at Texas Linux Fest this year. 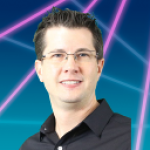 Jeff has worked with free software since the mid-1990s and has practiced the discipline of large-scale network management since 2000. His current role as Director of Applied Innovation at The OpenNMS Group lets him continue both these pursuits, and even affords him to write the occasional line or two of code.
More about me