I was practically born behind a keyboard and grew up during a time when the first computers were first making their way into public schools. I was raised in a small, rural town in Alabama where career options, in general, were limited.

With computers, I was instantly hooked and spent so much time learning about them that my grandmother bought me my first one, a Commodore 64. I grew up in the Apple II/TRS-80 era. I didn’t grow up with much. I didn’t have the latest video games or bicycles. I began collecting discarded computers in a shed behind our house where I would spend hours learning to fix them and trying to program them.

During those formative years, I was fortunate to have a great mentor and instructor who believed in me and encouraged me to really explore the capabilities of computers. Barry McNair, my high school vocational instructor, showed me that getting ahead doesn’t depend on your background as much as your desire to succeed. He taught me one of the most valuable lessons I have ever learned: A strong technical proficiency and a solid work ethic will benefit you more than just about anything else in the workforce. 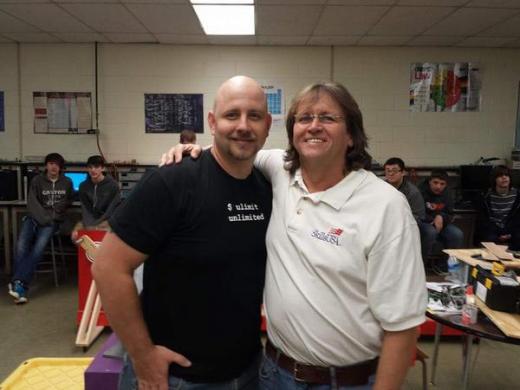 After high school, I joined the United States Army. I spent my first enlistment as an Engineer in combat explosives (I was young, and it was exciting). Shortly after the Y2K buzz, I re-enlisted, and was sent to another unit where I was given the opportunity to serve as the Battalion Automations Specialist (think: help desk). While I was being shown the ropes, a senior admin a few levels above me pulled me to the side. He told me that although the Army was using Windows, no one on the team was going to take me seriously if I didn’t know Linux. I was handed a stack of floppies for my first Linux distro and sent on my way. This was early enough that you could still find a couple of distros in Wal-Mart, and so I had a few to cut my teeth on. That stack of floppies changed my career and life forever.

I got out of the Army mid-2003 and started my IT career. I worked my way through the ranks from help desk to Admin, and later to Engineer and Architect. As my career progressed, I took positions as a Linux Engineer for companies like Dell and Sprint. I maintained Linux infrastructures that processed life-saving information for a private company in conjunction with the National Weather Service headquarters.

The entire time, I have been a part of the Linux community. I’ve written for Linux magazines, and served on committees that would design the Admin/Engineer certifications for the Linux Foundation. LinuxCon is a conference I rarely miss. Recently I was able to meet Linus Torvalds at LinuxCon in Chicago. I was able to speak with him privately and share how Linux has completely changed the course of my life and, how I am sharing that with the community to give back.

Today, I use Fedora 22 and have built a 15 year career around Linux. It has given me opportunities I couldn’t have imagined.

My story is about getting a chance to see the world with some of America’s finest men and women, and being introduced to Linux. I had no idea how that one message sent out by Torvalds in 1991 would change my life, and I never could have appreciated how much that first stack of floppies was going to mean to me in life.

Now, I get to watch my children discover Linux. They have the same look of excitement in their eyes that I had in mine. And, I couldn’t hope for a better future filled with opportunity for them, or for myself. 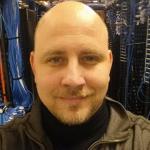 Chase Crum is a 10+ year Linux Design Engineer and a content contributing member of the Linux Foundation. He currently holds a senior Linux Engineering position with a global IT services company where he designs, implements and maintains Linux infrastructures for Fortune 500 companies and government agencies.
More about me