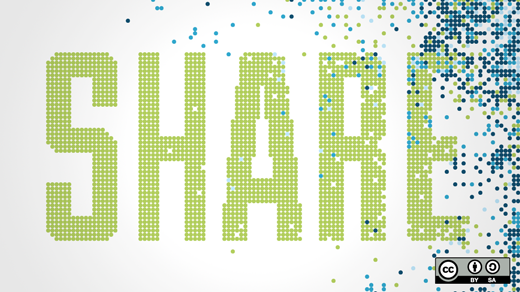 That's what we call "preaching to the choir," and doesn't move anything forward.

Effective open source advocacy on Twitter requires you to go wide. You need to find and participate in communities of people who are not focused on open source. Maybe people passionate about arts education. Public health advocates. Bicycling enthusiasts or bridge players or pet rescuers or Habitat for Humanity people or meditation people or Esperanto speakers or folk music singer/songwriters.

Find a community of people whose interests overlap with your own interests. Participate in that community by retweeting tweets, sharing ideas and resources, talking up upcoming events, answering questions, and then once in a while tweet about open source matters.

Also, if 100 percent of your tweets are open source related, you're not engaging in open source advocacy. What you're doing is talking to yourself.

Similarly, go wide when it comes to geography and language. Follow people in other parts of the world. Find out what they care about. For example, I make it a point to follow people who tweet in both English and a foreign language that I don't speak. True, I won't be able to make sense of some of their tweets, but I also gain the benefit of learning from the tweets I do understand. In that way, I'm doing my small part in knitting global social fabric.

Be adventurous, too. In the past month I've started following a bunch of folks who live in Newfoundland, Canada. Some day I'll be visiting Newfoundland, and when I do I'll be well-versed in the nuances of Newfoundland culture and concerns. Oh, and I happen to be an open source enthusiast, but that's just one part of my life.

Similarly, it can be fun to choose one or two cities to connect yourself to. For various reasons, I've chosen Denver and Philadelphia as the cities I'm most connected to on Twitter. What this means is that I'm just devoting a bit more of my mindshare to following creative initiatives happening in those cities. I'm also connected to the state of Delaware.

In this way, you can become an unofficial open source ambassador to these cities and geographical regions.

And if you need some general tips on how to find smart people on Twitter to follow, these tips I assembled for MAKE magazine might come in handy.

Open source enthusiasts are either smart strategists or not smart strategists. Let's continue sharing tips to move more of us into the former category. If we do that well, down the road the concepts of "smart strategist" and "open source" will more often walk hand in hand. That can happen only if we intend it to happen. We must both model and share successful strategies.