Hop a ride on the Tux bus for Linux Learners Day | Opensource.com

Hop a ride on the Tux bus for Linux Learners Day 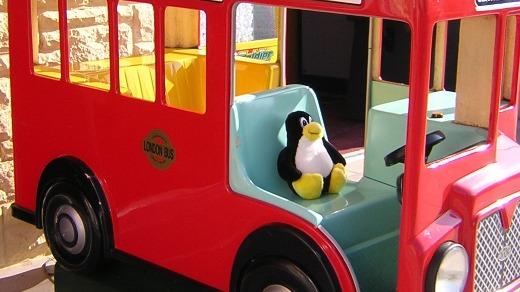 The Linux Foundation will be teaming up with Oregon State University's Open Source Lab (OSL) for Linux Learners' Student Day, to be held in Vancouver on August 16 (the day before LinuxCon begins). The program includes sessions from OSL presenters on Linux basics, Python, embedded systems, and careers in open source.

"The OSU Open Source Lab is very excited to be leading the sessions for Linux Learners Day," said Leslie Hawthorn, Open Source Outreach Manager. "We see educating future generations of Computer Scientists as one of the most important parts of our mission to serve the open source community."

The event is free to students who also attend LinuxCon. Attendees are also invited to ride to Vancouver from Corvallis or Portland, Ore. on the "LinuxCon or Bust" bus. There will also be hostel accommodations arranged.

"The 'LinuxCon or Bust" bus ride is going to be wild! I'll be part of the crew and will be blogging and sharing pictures along the way," said Jennifer Cloer, director of communications at The Linux Foundation. "Providing students with more ways to get to LinuxCon is part of our investment in today's most promising Linux talent and can also contribute to the 20th anniversary of Linux experience at this year's big event."

At the same time, the Linux Foundation is launching a Linux Training Scholarship Program, which seeks to reward those who "best demonstrate both the greatest need for tuition assistance and the greatest potential for influencing the advancement of the Linux operating system and its future" as Linux approaches its 20th anniversary. Applications are due Monday, July 11.

How to check free disk space in Linux