Africa is the world's second-least developed continent--after Antarctica. If you look at a world map of computer science and open source contributions, you will be struck by the blank canvas that is Africa. We are quite isolated over here and don't really have the habit of open source participation. A few dedicated souls spend inordinate amounts of time in basements and campus computer labs adding their efforts to the open source community, but the distance that separates us from the developed world is one that is as much about technology and access to technology as it is about physical distance and finances.

There are other constraints in South Africa, in particular the parlous state of education in this country. After our first democratic elections in 1994, the government embarked on a program of education reform and made the decision to embrace the concept of outcomes-based education--a concept that enjoyed mixed success elsewhere, but was attractive to the government because it seemed to provide a way to level the playing field for millions of disadvantaged secondary education scholars. This program was begun in the almost complete absence of a competent teacher body available to put such a program into place.

The majority of South African teachers were poorly educated under the apartheid regime, and mathematics and sciences were grossly neglected in the so-called 'Homelands' where the majority of previously disadvantaged pupils were educated. Consequently, the government's ambitious plan merely resulted in educational delivery and standards falling to the lowest common denominator. No real improvement was achieved.

The government searched for other ways to show improvement in the number of scholars eligible for university and in graduation figures for tertiary education as a whole, but large numbers of students admitted to university were failing.

Essentially, they lowered the bar to entry. High school final examinations could be considered passed at well below a 50% average. Mathematics was removed as a compulsory school subject; students could instead take a subject known as 'maths literacy'--the definition of which still escapes me.

Consequently, faculty in the South African universities are faced with an ever-increasing number of students eligible for university entrance, with ever-decreasing levels of academic achievement and little meaningful participation in math and science.

We are still required to teach science and math to these ill-prepared students, which as you can imagine presents an almost intractable problem. Universities have adopted different approaches. My university, for example, has instituted a 'foundation program' that adds an extra year to the time required to complete an undergraduate degree. The extra year is to bring students up to the required high school equivalency level, so they can more successfully undertake a university degree.

Other schools have instituted entrance examinations, but my school, the University of the Western Cape, has always catered to the disadvantaged communities of South Africa. Consequently, we felt that we needed to be as inclusive as possible--hence the foundation program.

The government further declared that they would no longer pay subsidies for students as they progressed through their degrees; instead subsidies would be paid only for those students that actually passed their degree. Of course, this was intended to motivate institutions to make a greater effort to teach students, but in reality it has led to a tendency to lower standards in order to achieve required pass rates and get the subsidies that are desperately needed.

I personally struggle with second-year students that display a startling lack of critical-thinking and problem-solving skills. Computer programming, which is what I teach, is an exercise in problem-solving that makes the learning curve in my classes extremely steep.

So what do I do? I have been gravitating more and more towards practical application because I have found that my students do better if they work completely hands-on at a keyboard, making their way from solved examples to attempting the first steps at solving their own programming problems. My courses have become lighter on theory and math and heavier on applied computing that follows an algorithmic approach.

But even with these changes, the pass rate is still only about 60%. This is partly why I have been experimenting with Teaching Open Source--I find it a good way to get a complete view of my students' abilities to work on real computing projects in a way that allows everybody to participate meaningfully.

Returning for a moment to the technological and distance divide: There does seem to be a light at the end of the tunnel and it's coming from mobile devices. In South Africa, for example, cellphone penetration is more than 100% and it's growing at a very accelerated pace. Africa is short on landlines but long on mobile phone coverage--all at least 3G speed, which makes mobile computing the likely future of Information and Communication Technologies on the continent.

For this reason, my current chief interest and research direction is mobile computing. I believe that we will be able to achieve great things in Africa with mobile communications--if we put our minds and some resources to the problem. If everyone has at least one mobile device, reaching them with education and community support offerings is perfectly possible. For example,the open data kit (ODK) was developed for Africans for exactly this purpose. The ODK, however, was developed largely by faculty at the University of Washington in Seattle, and not by Africans. During the latter half of 2010 I was privileged to attend the Professors' Open Source Summer Experience (POSSE) South Africa. This experience was an awakening for me, because I had never considered making open source the basis for teaching my courses. POSSE really opened my eyes and mind to the possibilities inherent in this idea.

In part two of this article the author continues exploring an open source education—attending SIGCSE 2011. He'll share lessons learned and what he took back to his students from the experience.

What to read next
Tags
Education
Grant Hearn 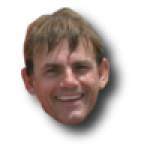 Grant was born in 1959 and raised in the province of KwaZulu Natal in South Africa. He was high-schooled at Maritzburg College in that province, and attended the universities of Stellenbosch, Pretoria and Western Cape.
More about me