When I realized why open source rocks 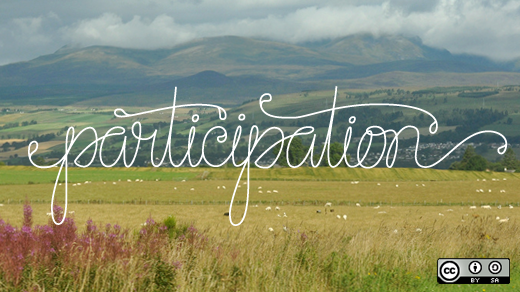 West Virginia: a state made up entirely of the Appalachian Mountain range. Whether you're there to experience the beautiful New River Gorge, or to watch the Mountaineers play at home, the mountainous theme never subsides. The Appalachian region has the Most Beautiful award locked down, however its height and elevation face a slightly different opponent. Towering over the city of Morgantown, WV, home to West Virginia University and the Mountaineers, stands a fierce competitor. An engineering marvel, over ten stories tall. The Engineering Science Building!

Sitting at the heart of WVU's Evansdale Campus, the ESB provides the classrooms and labs that more than 3,000 students use every single day. To some engineers, it serves as a monolith—a reminder that the weekend isn't everlasting and that their dispelled souls will soon return to the urn from which they came. To others, it serves as a homeland, a place to escape the madness of partying and all things sports related. As a senior at WVU, depending on the weather, I fall in one or both categories.

I'm a Computer Science major in the Lane Department of Computer Science and Electrical Engineering, or LCSEE, and currently employed as a technician for the department's systems office, LCSEE Systems. Aside from things like making sure printers work and computer monitors are turned on, I help maintain our own meta-distribution of Ubuntu Linux, we call LOUD.

Seven stories above the city of Morgantown is where all the open source magic happens. While other college students are finding new ways to decrease their total brain cell count, the employees at LCSEE Systems are finding new ways to handle authentication of services using Kerberos and LDAP. It's an office full of nerdy, smart, awesome people, and I am humbled to be a part of it all.

The production of LOUD happens with each quality of the open source way in mind. Our technicians build and strike test machines on a daily basis to make sure their recent changes to a package are robust. Portions of our HelpDesk ticketing system instead turn into an exchange of ideas during our package building process. If a new tech isn't sure how a certain script works, he or she is free to login and search for code in our subversion system that houses each and every package ever built.

With an enormous array of resources available, all it takes is a bit of research and testing to get ideas through, regardless of seniority. However, the most important thing about LCSEE Systems is its community. Whether it's an IRC channel full of current and previous technicians, or impromptu Nerf gun battles, LCSEE Systems knows what it takes to keep everyone involved.

Porting LOUD every year is made multitudes easier by the person sitting at the desk to your right. Even previous employees, some who are now working for RedHat, Google, and Cisco, find time to offer up advice for current technicians. It's a community both our supervisors and technicians built and continue to build, and one we plan to keep for many more years to come.

LOUD is extremely beneficial to the technicians in our systems office, but externally is where it shines. To students, professors, and researchers it is just the HelpDesk, but LCSEE Systems is about more than that—its primary focus to bring the open source way to the students through LOUD.

Students gain exposure to it in our computer labs, usually giving them their first taste of Ubuntu, and more importantly, free software. Creating a consistent work/study environment for students also benefits professors, as they can simply ask for a piece of software or specific compiler to be installed on each lab machine we maintain. Finally, LOUD has been great for creating custom servers that researchers and professors use to manage and test their teaching and research materials.

Additionally, LOUD has changed me. I in no way see myself becoming the founder of some multi-billion dollar company. I also don't have any ideas for the next big social networking idea. Any ego I may have had was shot and killed in an alley by a command line interface for Ubuntu and this thing called vim. I'm simply a computer science major who had his world flipped upside down a few times, only to be picked up and dusted off by apt-get install Emacs. Don't forget the sudo.

I can't say with certainty how other universities handle their computing resources, but I know I wouldn't be where I am today without LOUD. As a freshman, I knew I was in trouble when my Introduction to Computer Science professor asked students which languages they were familiar with. Needless to say, my first couple years of computer science courses were quite shaky. However, I slowly became more confident in my CS skills as the semesters rolled on. But, it wasn't until I took a class where the sole purpose was to code an entire database in three months that I became fully confident in my abilities!

Later, one major area that I lacked knowledge in was: Networking and Systems Administration. It was all magic to me, so I did myself a favor and applied to the LCSEE Systems office in my major's department. Prior to working at LCSEE Systems, I often found it difficult to use the free software offered to me by the department. Whether it was plain text documentation, or simple UIs, I couldn't see the point of using this software over the ones I'd paid for. I would often dread coming into class and writing code on LOUD machines, yet I always envied the students that knew a command line like the back of my hand.

I was excited when I got my first taste of true CLI development in my Paradigms of Computer Programming Languages class. With LOUD running in Virtual Box, I spent months coding LISP in Emacs. Simultaneously, I had just been hired at LCSEE Systems as a fresh tech, ready to learn some command line systems administration. However, this combination only lead me to a half-revelation of why open source rocks.

The other half effectively came through osmosis. Working in this office, I am started to experience the various levels of our LOUD infrastructure and development. LOUD today means so much more to me than it did when I was only using it to code up basic programs in Java. I'm absolutely humbled by the amount of work that has gone into this distribution, as years upon years of students have worked on it. Blood, sweat, and tears go into porting LOUD every summer, to the most recent Ubuntu release, and seeing this firsthand has changed my entire perspective of the technology world.

Computer science to me, before understanding LOUD, was more about what application I could implement around an infrastructure. Now, it has become what program or application can I implement into this infrastructure? Coming from Windows, Apple, and all other things proprietary, I can truly see why open source becomes something personal. As a matter of fact, I see this happen right before my eyes every day when I go into work.

Contributors to this article are Tim Bielawa, David Krovich, and Margaret Masko.

What to read next
Tags
Education
Adam Minter 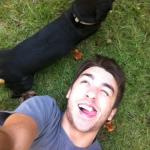 Adam is a Computer Science major in the Lane Department of Computer Science and Electrical Engineering, or LCSEE, and currently employed as a technician for the department's systems office, LCSEE Systems. He works on LOUD.
More about me