The name Michelle Rhee most likely rings a bell because of all the hard work she put towards reforming the Washington, DC public schools as Chancellor from 2007 to 2010. During that time period, she hosted hundreds of community meetings, even creating a Youth Cabinet to bring students' voices into DC Public Schools reform.

But beyond that, Michelle Rhee has been working for the last 18 years to give children the skills and knowledge they will need to compete in a changing world. Each chapter of Michelle's story has convinced her that students of every background and ZIP code can achieve at high levels and that for our schools to become what children deserve. "Even in the toughest of circumstances, all teachers are called to turn the incredible potential that fills their classrooms daily into the achievements worthy of our children and country."

She says she has always been guided by one core principle: put students first. So, it's no surprise in late 2010 she founded StudentsFirst, a national intitiative to defend the interest of children in public education.

Continue reading as we dive deeper into StudentsFirst and Michelle's point of view on education reform.

1. What is StudentsFirst's mission overall, and what are you specifically trying to accomplish in 2012?

We have more than one million members nationally, and they are advocating for policies that are in the best interests of children. In the coming year, we will be working in about a dozen states to pass common-sense laws aimed at transforming U.S. schools so they work better for all children. A great education is a basic civil right, but sadly it’s being denied to many kids, especially those in poverty and minorities. We’ll be advocating for policies that boost teacher quality and ensure families have transparent information about their schools and more educational choices.

2. If you had to pinpoint the source of the problem for public education in the US, what do you believe it to be?

Too often, the decisions made and policies enacted in our education system are there to serve adult interests, not kids’ needs. That’s detrimental to student achievement. It’s evident, for example, in how educators are evaluated, retained, and rewarded. There is no in-school factor that’s as critical to student learning as teacher quality. A new study by Harvard and Columbia economists found effective teachers have far more widely reaching and long-lasting effects on their students’ lives than previously recognized. Knowing that, we have to reward and recognize great teachers for the critical work they do and ensure that effective teachers are leading all of our classrooms.

3. Many say significant change isn’t possible within the public school system without completely starting over. What are your thoughts on this?

Where things are working in our schools, we should continue with these approaches. An example would be the move toward greater accountability and better collection of data detailing how our students and educators are doing. But, sadly, much of what is happening in our schools isn’t working for kids and should be replaced with new policies. This is often reflected in how schools are staffed, how teachers are evaluated and rewarded and how information is shared with families. In some districts, schools have failed to serve children well for a long time. These are the places most in need of radical change. If we fail to act, another generation of kids will lose out on what ought to be their basic civil right--a great education.

4. Where would you begin with education reform?

We have to adopt student-centered reforms at the federal, state, and local levels. One area of concern, for example, is the way teachers are evaluated. We know the work of a teacher is vital, but our current policies typically don’t reflect that. Most teachers are evaluated infrequently in a flimsy way that doesn’t even account for student learning. We should instead require regular evaluations that are based on multiple measures of success, including classroom observations and the academic progress of students. We also have to reward and retain our most effective educators. Now we do the opposite, offering teachers few chances to advance professionally and paying them in lockstep, based on factors not linked to student success. Similarly, when budget shortfalls lead to teacher layoffs, seniority rather than job performance typically determines who stays and who goes. Research by the Urban Institute shows that leads to the loss of some of our schools’ best educators.

5. When we talk about “the open source way,” we are talking about openness, transparency, collaboration, diversity, and rapid prototyping. Which of these characteristics do you believe are most important in education reform?

Transparency is essential. While our schools do a good job collecting data on student achievement, they rarely make that widely available to the community in an accessible way. Moms and dads should be given useful and clear information about their kids’ schools and should be empowered to bring about changes when those schools aren’t serving kids well. For example, some states have enacted laws allowing parents to come together to insist on key reforms at chronically failing schools. These may include overhauling the school leadership or turning the school into a public charter school, which tend to operate with more flexibility than traditional schools and therefore often serve as models of innovation. Many successful charter networks do a great job serving high-needs populations, and we should allow such models to expand. Too often, laws and policies stand in the way of that. Of course, we must have accountability in all our schools. Any school, whether it’s a traditional district school or a public charter, must demonstrate that it is helping all kids learn at high levels.

What to read next
Tags
Education
Mary Ann Bitter 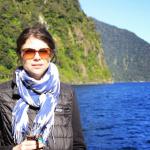 Mary Ann Bitter is a Creative Strategist for Red Hat's Marketing Communications & Design team. She lives at the intersection of business and design and believes the open source values have never been more relevant than they are today.  She is passionate about problem solving and working with people who give a damn.
More about me