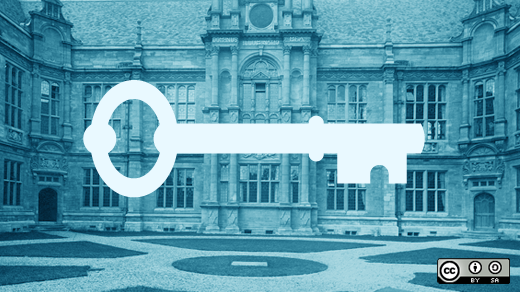 The Association for Computing Machinery's annual meeting of their Special Interest Group in Computer Science Education is one of the largest academic computing meetings there is. This year's event featured a full-day workshop on teaching open source practices, tools, and techniques by engaging students as contributors to humanitarian projects such as Ushahidi, OpenMRS, Gnome Accessibility, and others. TitanPad was used for collaborative notetaking during the event, and this article is a result. You could call it a crowd-sourced article.

The workshop was proposed and organized by Heidi Ellis of Western New England University and Greg Hislop of Drexel University. Ellis and Hislop have been tireless advocates of HFOSS in teaching for many years and anchors of the Teaching Open Source and FOSS2serve communities. The workshop was funded as part of an NSF grant they received to further various FOSS education efforts including POSSE (Professors Open Source Summer Experience).

Roughly 15 - 20 professors and graduate students attended the event. Tom Callaway from Red Hat, Roger Friedman from OpenMRS, David Kobia from Ushahidi, Joanie Diggs from Gnome Accessibility, and Alan Tucker from the Non-Profit FOSS Institute provided perspectives from outside academia on the need for, and use of, student contributors in FOSS.

The first half of the workshop alternated presentations and discussions led by both the academic side and the community side. Selected professors discussed their initial and on-going experiences in working with FOSS communities. Cam Macdonell from Grant MacEwan University ran a demo of Ushahidi and discussed his students' experiences in working with it. Stoney Jackson from Western New England University and Darci Burdge of Nassau Community College talked about getting into open source and working on GNOME's MouseTrap usability testing package with different groups of students.

Then the community reps were up at bat. Callaway, a long-time Red Hat veteran now leading the company's University Outreach efforts, introduced the academics to the distinctions and relationships between Red Hat and Fedora. He also introduced the group to HyperKitty, a new communications management tool they are introducing that provides forum-like front-end UX functionality to mailing lists.

Kobia began his career in commercial industry software development. When he and his colleagues created Ushahidi for crowd-sourced reporting of distributed events, he was "shocked that 'getting into open source' is potentially challenging for a seasoned developer." They also learned that running an open source community could be tough. "Coders are very opinionated," he said. "Even student coders, sometimes."

Next, Friedman introduced the attendees to OpenMRS, an open medical records project, with a very active, well organized FOSS community that holds regular outreach sessions for academia. In contrast to OpenMRS, Diggs, who works with the GNOME Accessibility community, pointed out things are much looser there. It's "functionally a federation of smaller projects," she said, while also pointing out that GNOME actively recruits for female developers.

Diggs also discussed some other interesting information about GNOME:

Tucker then spoke of his new Non-Profit FOSS Institute, which uses student teams to work with non-profit clients. They often start new projects, like their volunteer scheduling systems, from scratch, using open source tools and processes. These projects are often forked for use with other clients.

The conversation, with both the panelists and the attendees answering and posing questions, drilled down into what faculty and students should know before getting involved with HFOSS. Some of the main points that emerged:

After these discussions, a few of the attendees stepped up to the podium. Michelle Purcell, a PhD student at Drexel studying online collaboration, requested information on how FOSS communities use online tools to identify requirements. Callaway discussed the initial goals of Red Hat's University Outreach and their emerging plans to:

Next, Diggs spoke on the ability to provide infrastructure for contributing to accessibility in GNOME. Just ask, and it shall be provided to you! Stephen Jacobs from RIT spoke about their FOSS program and their new interdisciplinary minor in Free and Open Source Software and Free Culture. HFOSS work is a cornerstone of the FOSS RIT educational experience.

After a pleasant lunch break, the second half of the workshop was spent in two sets of breakout sessions. The first set was structured around topics already identified as the most interesting ones from the morning's discussions. The second consisted of discussions with the community reps about engagement with their projects.

This discussion focused on the need for portals, communities, and material aggregations to support academic efforts in open source. Much of it centered around the long-running Teaching Open Source wiki: what had been successful, what was no longer working, and what might need to change. It was generally agreed that some landing, communications, and introductory presence like Teaching Open Source was important, and that a GitHub presence wouldn't be enough. Red Hat is interested in helping to support academic community efforts in revising, rebuilding, and possibly replacing Teaching Open Source as needed. They're also hoping to provide curatorial support of the existing teaching materials and Teaching Open Source textbook draft with an eye toward passing over the revision and distribution effort to the community.

This group looked at the ever-present need for documentation of FOSS projects and how this need provides an entry point for students. In some cases, creating new documents may be preferable to modifying existing documentation. Student involvement provides opportunities for assignments like code review, interaction diagrams, and installation docs (with extra need for good images and diagrams).

For this topic, some of the participants were new to the concept of badges overall and so a separate TitanPad on badges was created. Caroline Hardin of the University of Wisconsin-Madison helped the badges group earn their badges. Topics included which badges were relevant to HFOSS, versus organization badges like Fedora badges and general FOSS skills badges. Potential blockers brought up included university reluctance to professors issuing badges, privacy concerns, and lack of student interest.

Hislop is planning to send out a follow-up email to the breakout session attendees to move things forward sometime after the conference is over. All in all, it seemed that the participants found the workshop a valuable event and left looking forward to acting on what they had learned.

What to read next
Tags
Education
Linux
Greg Hislop 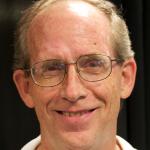 Greg Hislop is a Professor of Software Engineering and a Senior Associate Dean in the College of Computing and Informatics at Drexel University. His research interests include education in the computing disciplines, and technology for learning and teaching.
More about me